In August, penny stock American Green (OTC: ERBB) briefly grabbed media attention with its purchase of the town of Nipton, California, suggesting it would “transform Nipton into an effective hub for the production of various cannabis-based products as well as possible fully-licensed cultivation which includes a safe and appropriate approach to consumption.” We said then: “Investors should be extremely cautious, as the company, which doesn’t file with the SEC, doesn’t have the financial capacity to buy the town or develop the project.”

This morning, the company issued a press release detailing a transaction with another penny stock, Delta International Oil & Gas (OTC: DLTZ), announcing that it would be transferring the asset to Delta “for consideration totaling more than $7.73 million.” The price includes the assumption of $3.73 million in debt and the receipt of $4 million in “Delta Series A Secured Convertible Preferred Stock (“Series A Stock”), convertible to 160,000,000 shares of Delta Common Stock.” The Series A will pay a 5% annual dividend as well. The price appears to calculate the price of DLTZ, which closed at $0.02 on March 14th with total trading value of just $200 that day, at $0.025 per share.

This transaction will relieve American Green of the on-going expense of improving Nipton. That responsibility will now fall upon Delta, giving Nipton the ability to access cheaper capital through a fully reporting company, including the ability to file registered offerings. American Green can now expend less of its energy on capital raising, and focus on implementing the revenue-generating components of Nipton, and its other investments, along with many new, and exciting projects on the horizon.

Since announcing the deal, American Green has seen its stock perform poorly, as we had predicted: 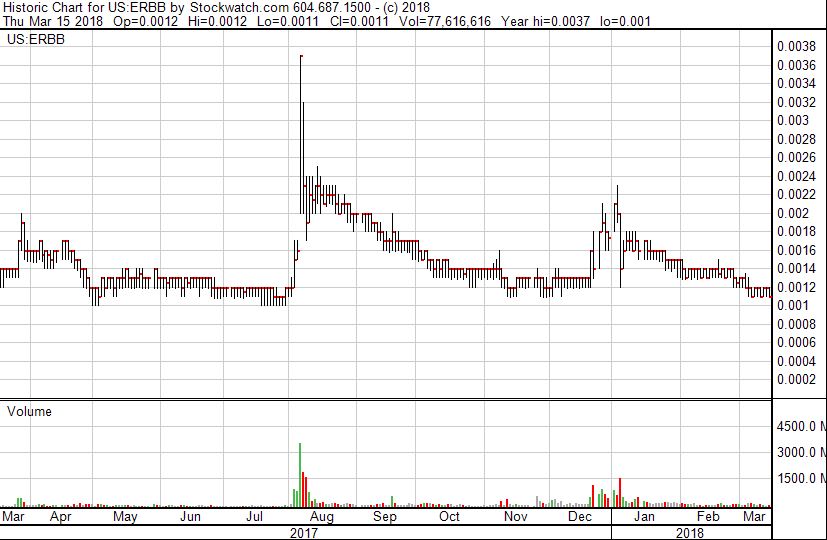 Perhaps more importantly, the company’s financials have continued to erode. In the quarter ending December 31, 2017, it reported a total stockholders deficit of $6.3 million, with near-term liabilities of $12.6 million dwarfing its current assets of just $354,018. Sales in the last quarter were just $24,550 with an operating loss of $613,146 and a use of $347,273 to fund its operations.

As we also predicted, the share-count has soared, reported at December 31, 2017 as 19.1 billion shares outstanding, with 25 billion shares authorized. When we reported in August, the company had 13.9 billion shares as of March 31, 2017. In nine months, shareholders saw dilution of 27%.

By offloading Nipton, American Green will cut its debt, which will remain quite substantial, but it has shifted it to a company that appears to have no means of “accessing cheap capital”, despite what it suggested. Instead, Delta looks to be incapable of servicing the debt it is taking on. As of September 30, 2017, Delta’s 10-Q filing with the SEC indicated it has $519,079 in assets, which includes only $34,095 in cash and other current assets, but total liabilities, all due within a year, of $523,340. In the three quarters ending September 30, 2017, the company generated only $245,482 in sales but an operating gloss of $236,445. The company used over $400,000 to fund its operations during the first three quarters of 2017 and raised no capital. It also raised no capital in 2015 or 2016. Things are so bad that the company reported:

As of October 17, 2017, the board approved the cancellation of all management salaries to cut administrative cash disbursements.

Management at American Green may cheer the paper profit generated by this penny stock charade, but it is very unlikely that the shares the company is getting from Delta are worth anything at all. Investors should continue to steer clear of the company in our view.

Get ahead of the crowd by signing up for 420 Investor, the largest & most comprehensive premium subscription service for cannabis traders and investors since 2013.

Based in Houston, Alan leverages his experience as founder of online community 420 Investor, the first and still largest due diligence platform focused on the publicly-traded stocks in the cannabis industry. With his extensive network in the cannabis community, Alan continues to find new ways to connect the industry and facilitate its sustainable growth. At New Cannabis Ventures, he is responsible for content development and strategic alliances. Before shifting his focus to the cannabis industry in early 2013, Alan, who began his career on Wall Street in 1986, worked as an independent research analyst following over two decades in research and portfolio management. A prolific writer, with over 650 articles published since 2007 at Seeking Alpha, where he has 70,000 followers, Alan is a frequent speaker at industry conferences and a frequent source to the media, including the NY Times, the Wall Street Journal, Fox Business, and Bloomberg TV. Contact Alan: Twitter | Facebook | LinkedIn | Email