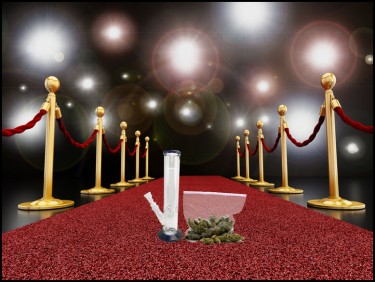 Thousands, if not millions, of individuals, reevaluate their stance on cannabis use each time a popular celebrity comes out in support of the drug. Dozens of these icons globally are influencing millions of their fans to give cannabis a try, just because they love it.

Celebrities have changed the game for good, as their impact on public opinions, foreign policies, health-related issues, and consumption habits has in many ways played a major role in the wide acceptance of marijuana laws across the United States.

Recent studies show that at least 35 percent of Gen Zers are influenced by celebs on political and social issues about cannabis. Roughly 24 percent of Gen Xers and about 32% of millennials also admitted the same.

Yearly, at least three of these celebrities establish cannabis brands or partner with other wellness companies to develop cannabis products for sale across the country.

In October, Justin Beiber and Clint Eastwood were in the news for cannabis industry-related headlines.

Justin launched his Pre-Rolls company which he named Peaches Rolls, while Clint won a $6 million lawsuit that he filed against a company for using his name and images to promote their cannabis line.

The headlines being made by these celebrities have got people asking just how valuable are celebrity cannabis brands?

Do all of them perform as much as they portray to the public?

Just how far can a product go in the market once it is being backed by a big name in the entertainment industry?

So many of these questions prompted this article. As you read on, you get to have a look at the various sides of Celebrity cannabis brands; the good, the bad, and the ugly!

This is a cannabis brand that has either partnered with or signed endorsement deals with popular influencers or mainstream household names. In the last decade, dozens of these celebrity cannabis brands were established with some doing better than others.

Major names in the cannabis industry have affiliated their brands with cannabis brands from Jay Z to Snoop Dogg, Mike Tyson, and even celebrity techies like Elon Musk.

The performance of most of these celebrity cannabis brands usually hangs on the relevance of the endorsed celebrity. Not all celebrities can stay active for a very long time, and with the high rate celebrities are being created these days, it takes just a few months for people to forget their faces or names.

These cannabis brands can be divided into two main segments.

The full-fledged partnerships require the celebrities to be fully involved in all the operations of the business. The celebrity has a say in the applied strategies, branding, and marketing of the brand’s products. Celebrities are a vital part of the company’s image.

The simple endorsement partnerships require celebrities to make sponsored posts on their social media feeds or permit their likeness and images to be used to market the products created by the brand. It more or less has to do with sticking a celebrity’s face and name on a product, or have them make videos to promote the sales of the products.

Both forms of celebrity cannabis brands have the potential to make loads of profits.

Benefits of Partnering with Celebrities

There are several benefits to partnering with the RIGHT celebrity. Celebrities have a massive influence on their fans’ choices.

With the right celebrity, a cannabis brand can stand out in a sea of other cannabis products. Most dispensaries are crowded retail spaces and without the right profile, a product can be ignored for a long time, irrespective of whether it is high quality or not. This is why some cannabis brands often forge the likeness of respected celebrities on their products. Just like the recent case of Clint Eastwood winning a judgement of over $6 million for using his likeness.

The instant branding that comes with Partnering with a high-profile celeb helps send a message to millions of fans and admirers that that product is the right one.

Every marketing team longs for its brand to make headlines. What better way to do this than to endorse or enter a partnership with a celebrity. Cannabis brands who have partnered with celebrities can leverage the celebrity’s massive social media fans to promote available products. With the celeb fakes the products can acquire instant recognition among cannabis consumers. For example, Justin Beiber’s recently released pre-rolls.

A partnership or endorsement with a celebrity can swiftly and expertly open up doors to new consumers. A large percentage of celebrities have followers who are unfamiliar with the cannabis industry or its available products. With the right Celebrity, cannabis brands have the power to switch the position of anti-cannabis members of society.

A way to work around marketing regulations

In the United States, there are strict regulations that prevent concise advertising methods to be utilized by cannabis brands. The drug itself remains prohibited under federal laws.

Not all Celebrity Cannabis Brands have been Successful

Even with a very popular celebrity, a cannabis brand/ celebrity partnership can still be unsuccessful. Most times the media tends not to dwell on the news of such unsuccessful partnerships. A notable example of a failed celebrity cannabis partnership is Drake and Canopy Growth. The partnership between these two came to an end in June.

Reports have it that the entertainment mogul may be trying his luck with another cannabis brand in a few months. Hopefully, it works out this time.

There you have it!

Cannabis is a magic drug that needs to be promoted to the public and celebrities are the best means to push cannabis products, as well as advocate for better legislation.

MORE ON CELEBRITY BRANDS IN WEED, READ THESE… 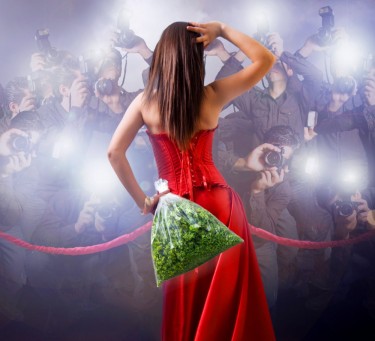 THE RISE OF CELEBRITY MARIJUANA BRANDS, A GOOD OR BAD THING?

WHAT CELEBRITES ARE JUMPING INTO THE MARIJUANA INDUSTRY?