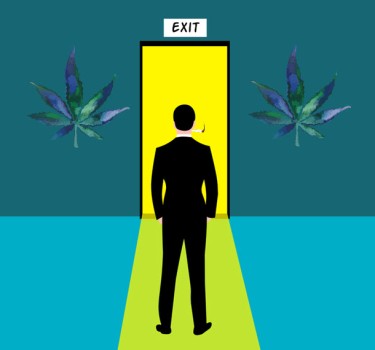 Thousands of retail workers are quitting their jobs to seek refuge in the cannabis industry. The great resignation, as we know it, has fueled an upward growth in the number of cannabis industry jobs as well as how fast they are being filled up.

The legal marijuana industry is currently among the fastest-growing sectors in the U.S, despite its federal prohibition. Americans have been resigning in droves since the decline in COVID-19 cases to seek less stressful jobs. The legal cannabis industry has embraced quite a lot of these folks and is still embracing more. Here, workers who resigned earlier from underappreciated jobs are guaranteed on working under the best conditions.

According to a Washington Post report some weeks back, the cannabis industry has grown by 32%. At this same time when other industries are struggling to stay afloat.

Leafly also reported that not less than 70,000 new jobs positions have been created and filled in the last 12 months. This brings the total number of workers in the American cannabis industry to roughly 321,000 people. This is more than the workers serving as paramedics, aircraft pilots, electrical engineers, EMTs, and other enviable sectors.

The pandemic brought about a drought in job positions, as well as, an economic recession that the country has been trying so hard to turn around. In all these, the cannabis industry has waxed stronger. This is why two top executives at Vangst were interviewed a few days ago to get a deeper insight into the current state of things in the cannabis industry.  While the marijunana industry has seen their own version of the “Great Resignation”,  the hiring trends is continuing higher for the industry as a whole.

Karson Humiston and Kelsea Appelbaum are senior executives at Vangst. Karson serves as the Chief Executive Officer of the company, while Kelsea is the Head of Community Partnerships.

What does Vangst do?

Vangst is a recruiting agency that helps companies in the cannabis business find employees to fill up available positions. In this wild Green Rush, Vangst has filled thousands of slots from entry levels up to the leadership or administrative levels. The total worth of these salaries is more than $100 million. The agency has also helped sort through at least 150,000 cannabis gigs and they have ties with the top 1,000 cannabis businesses across the United States Of America.

What do you think about the great resignation and its impact on the cannabis industry?

It’s had a positive impact on the Industry, answered Karson. She went on to explain that a few years ago, the industry wasn’t seen as a realistic career option. The pandemic made a lot of Americans realize that job openings in the cannabis industry are here to stay.

Sales have soared since cannabis was legalized in numerous states, not to mention that the essentiality of the drug is no longer in doubt.

Karson also added that with the great resignation, operators in the industry now have the chance to develop businesses the right way. From the first day of establishment, diversion and inclusion should be at the top of the entrepreneur’s mind. Great benefits and forward-thinking strategies can also be adopted for employees.

The cannabis industry is like a breath of fresh air. Millions of American workers are tired of the archaic working conditions in the old industries and they are choosing to leverage on the countless options they now have. “Everyone, even you, wants to work in a modern industry that values its workers above all.”

Currently, What are the jobs to watch out for in the cannabis industry?

According to the top executives, they have been asked this question countless times by people who are looking to switch to new industries.

Karson says the industry is going to have over a million brand new weed jobs in some years going forward.. There will be free slots for lawyers, HR, tech, compliance and sales agents, etc. The existing cannabis companies are growing and expanding to new areas. At a point in the near future, the average salary of an industry employee will be around $50,000 to $55,000. The industry is ripe to have an influx of workers across all units; finance, tech, marketing, and admin.

When asked if it isn’t too late to delve into the cannabis industry, the duo answered that the industry is just getting started.

It has still not attained even a quarter of its predicted potential. So, the best time to get into the industry is now.

What a lot of people are assuming to be the first wave of the green Rush craze will seem very normal in the coming years as the industry races to become a $100 billion industry.

Getting into the industry

Kelsea says there are two ways into the industry right now. It’s either you network or you advocate. Both of these ways are the surest ways to get noticed by the big names calling the shots within the industry. When you network, you must be ready to make yourself available for all events you get to meet people, ask questions and offer suggestions. On the other hand, Advocacy helps you understand the roots of the industry in such a way that you’ll be able to scale up while addressing the root causes of injustices in the industry.

Entrepreneurs are also not left out, you can act as an intrapreneur till you get your footing. Kelsea gave an example where an individual joins a startup to have equity while offering valuable services. This way, they are part owners of the startups.

The Great resignation peaked in April and has since remained constant. At the end of July 2021, data showed that there were over 10.9 million open jobs across the country. The absence of these open slots in the cannabis industry proves that employers in the legal market are providing more welfare packages, flexibility, and an overall better working environment for workers across all races, sexes, and age groups. Employers in the other industry can learn from the strategies being utilized by the cannabis industry. This way they can stop the mass exodus which has left and is still leaving employers shaken.

CANNABIS JOBS PAY 11% MORE ON AVERAGE, SO HOW DO YOU GET ONE? 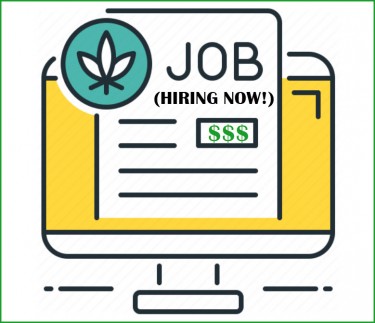 MARIJUANA JOB OPENINGS, WHAT ARE COMPANIES HIRING FOR RIGHT NOW?