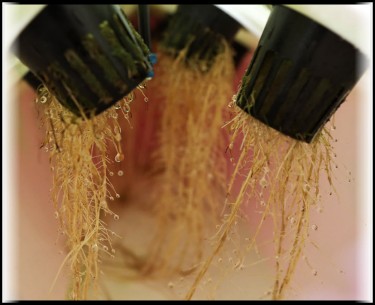 Cannabis sativa L. is a dioecious herbaceous plant that belongs to the botanical family Cannabaceae. This plant is native to central Asia and for many centuries has served as man’s food and medicine. Not just that, Cannabis sativa L. is also used for its fiber and psychoactive properties.

Today, C. sativa subsp. sativa is now legally and commonly grown in several European countries for the production of cannabidiolic acid and cannabidiol (CBDs). CBDs are the most abundant non-psychoactive cannabinoid and an impressive source of nutrients such as carbohydrates, minerals, vitamins, lipids, and so on.

Every part of the cannabis plant has its unique use bound and attributes. However, in recent times it has not received lots of attention even though it has vast medical potential.

Historically, C. sativa roots have been used as medicine to treat joint pain, inflammatory conditions, gouts, and lots more. However, the therapeutic potentials of cannabis roots have been mostly ignored by modern society. Few studies have only explored the medical potential and composition of C. sativa roots. Even lesser studies have investigated alternative methods of production of cannabis roots.

Aeroponics is a method of cultivation that allows plants to grow in a highly controlled environment absent of soil and devoid of contaminants. Aeroponics is a method of crop cultivation selected as it offers greater production of roots than that of conventional soil. Aeroponics also offers additional advantages as it eliminates the need for time-consuming and expensive rinsing processes. The rinsing process is usually needed in conventional processes to isolate cannabis roots.

To this end, aeroponics is considered to offer higher production of cannabis roots. The culture system also provides a greater yield of secondary bioactive metabolites.

A study was conducted by Fabio Ferrini et al. (2021), to determine the growth of cannabis roots in aeroponics. It was discovered that aeroponics promoted intense and more rapid growth in the root system and aerial part of cannabis compared to the conventional approach.

The aerial part, stem, and leaves of aeroponics cultivated cannabis also showed a significant difference to that of soil.

As regards the bioactive constituents of the main root, the primary constituents identified were campesterol, phytosterols, beta-sitosterol, stigmasterol, and triterpenes (friedelin and epi-friedelanol). However, based on the experiment, the amount of bioactive was higher in the conventional soil cultured cannabis roots.

In terms of individual constituents, friedelin and epi-friedelanol were much higher in soil cultured cannabis roots than aeroponics. The amount of stigmasterol and campesterol was the same in both media. Beta-sitosterol was also found to be of a bigger quantity in aeroponics compared to soil.

With the use of various chemicals and reagents and different analytical techniques and methods, this experiment further confirms what is already known. The cannabis root lacks THC and CBD which are the most relevant compounds to the pharmaceutical industry.  Nevertheless, the experiment further shed some light on the chemistry and production of cannabis roots.

Findings from the experiment

As mentioned earlier, the experiment found out that campesterol, phytosterols, beta-sitosterol, stigmasterol, and triterpenes (friedelin and epi-friedelanol) are the major bioactive constituents of cannabis roots. However, the relative proportion of each constituent varies between culture mediums (soil and aeroponics).

The experiment further proves that there’s a significant change in the biomasses of aeroponics cultured cannabis. These differences are in terms of the relative and net abundance of bioactive compounds compared to soil cultured cannabis.

Looking at the experiment, it can also be deduced that a robust root system does not translate to a robust aerial system. However, it was discovered that both the aerial and root system aeroponics cultured cannabis were heavier and greater than that of soil. It is then safe to conclude that the differences in growth can be attributed to the culture medium.

From a pharmaceutical point of view, this study proves that aeroponics is an ideal method of cultivation for medicinal root plants. Plants such as ginger and Murdock can be easily planted and harvested using the aeroponics culture method. Another benefit of aeroponics is that the culture medium can be precisely and easily enriched with elicitors to further enhance the production of bioactive.

Even though CBD is sparingly present in cannabis roots, it still consists of valuable compounds that feature nutraceutical, cosmetics, and pharmaceutical properties. For example, Friedelin, a pentacyclic triterpenoid, displays a wide range of anti-inflammatory, anticarcinogenic, antipyretic effects with low levels of toxicity. Epi-friedelanol is also known to have anti-cancer, anti-senescence, and anti-inflammatory properties.

Some of the benefits of cannabis roots include

Even though cannabis roots don’t have the quantity CBD pharmaceutical companies are looking for, its primary constituents do serve complimentary biological activities. This results in a synergistic effect that could be used as a treatment for several physiopathological and pathological conditions. As a result, C. sativa cultured via aeroponics is a valuable material to the cannabis industry at large.

MORE ON AEROPONIC GROWING, READ THESE…

WHAT IS AEROPONIC CANNABIS GROWING, READ THIS FIRST! 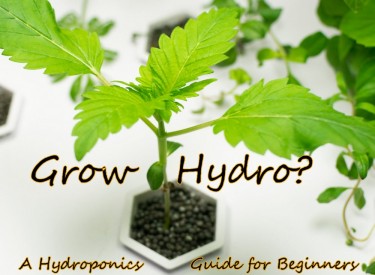