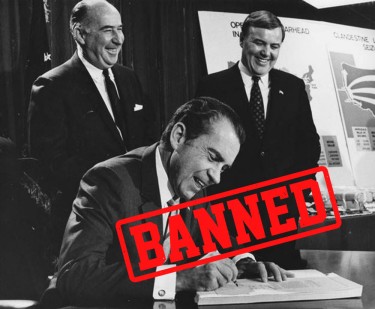 When the top federal agency on drug abuse complains about the ills of prohibition – perhaps it’s time to scrap the entire experiment and have a “do over!”

Of course, NIDA did not endorse the idea of nullifying the CSA but rather pointed out some serious issues with the policy that makes their job of testing the safety of drugs very difficult. While I personally am more inclined to a complete nullification of the Controlled Substance Act for various reasons; I’m also able to understand that a change at this magnitude is very difficult.

This is especially true to the ignorance the majority of people have in relation to drug use.

In this article, we’ll be taking a closer look at the National Institute on Drug Addiction’s report on Schedule I research barriers. We’ll also look at the wider issue with drug prohibition, the social implications and government overreach.

First, however, let’s take a look at the position of NIDA.

NIDA sends a Report to Congress

An article in Marijuana Moment outlined a report that NIDA sent off to Congress talking about how the CSA and Schedule I drugs prevents or discourages scientists to study the potential risks and benefits of drugs.

Furthermore, the current system inhibits NIDA from using dispensary cannabis, which means that the research that do they have on cannabis is not congruent with the current market standard. This is because there is only one sanctioned cultivation site in the US. The DEA said that they would expand this list of sanctioned growers – yet as of the time of writing this article there has been no movement.

If you study the history of the DEA and their relationship with actually understanding the drugs they wish to enforce – you’ll recognize a similar pattern that spans over decades.

Nonetheless, the report sent from NIDA paints the DEA in a bad light. Here’s some snippets from the report;

“an overarching concern expressed by researchers is a lack of transparency regarding registration requirements for Schedule I and Schedule II-V substances, and differing interpretations of those requirements by DEA field agents and research institutions.”

In other words, that the arbitrary notion of the Controlled Substance Act is non-scientific and that there is no transparency in the registration process, nor a unified definition of these categories.

This is pretty damning for an administration that claims they are allowing “science” to dictate their decision-making.

Below you’ll find a bullet list of some of the issues NIDA raised within the report:

This is just one part of the equation.

As mentioned earlier, the DEA has claimed that they want to have more production of these federally illicit substances – researchers bring up an additional point.

The cannabis they use for testing – even if more cultivators are produced – would not be the same cannabis being sold in stores. This means that the information they would accrue would not be an accurate reflection of what the end-consumer uses.

“Researchers supported by NIDA and other federal agencies are unable to use federal funds to purchase marijuana available through state marijuana dispensaries,” the agency said.

“Moreover, some universities have expressed reticence about allowing investigators to purchase dispensary products with non-federal funds or do research with these products on university grounds for fear of violating federal law,” Source: Marijuana Moment

Why beat around the bush? Let’s get rid of The CSA!

The Controlled Substance Act is a document that dictates that certain substances are “so dangerous” that by using them you would be committing a crime. It creates arbitrary classifications for certain drugs which has no scientific validity whatsoever.

More than that, the Controlled Substance Act directly infringes on an individual’s right to decide what they want to put into their bodies.

I know – some people think that this is a good thing. We won’t want people shooting up heroin everywhere now do we?

The problem with this assessment is that it is based on the premise that humanity has zero control over their impulses. I often ask people who find my views as “extreme” if they would shoot up heroin tomorrow if it were legal.

The vast majority of people tell me a “hard no!” Of course, they wouldn’t smoke crack, do meth, or shoot up heroin if it was legal. But others might…and this is the reason we need these laws!

However, in every place where they legalized the use of heroin in safe spaces – heroin use went down. What’s more impressive is that the median age of heroin uses rose – meaning that younger people were opting out of using heroin.

The CSA does not achieve its objective. It doesn’t keep drugs out of the hands of people. It doesn’t reduce the risk of teens getting their hands on it. It doesn’t make the drugs safer nor does it make the users more knowledgeable about use.

If we objectively look at the CSA – we can see it only benefits a select few groups of people; Law enforcement, the prison industrial complex, Big Pharma, and the political class.

The Controlled Substance Act is the Slavers contract Nixon drew up with the pharmaceutical industry in the 1970s and since then – you stopped having autonomy over your own body while stifling all research on substances that could serve great benefit for humanity.

Nullify the CSA – even NIDA agrees!

WHO IS THE NIDA, READ MORE… 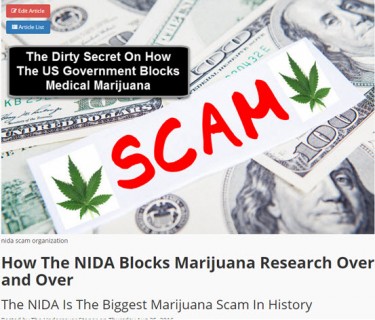 HOW THE NIDA BLOCKS MARIJUANA RESEARCH OVER AND OVER! 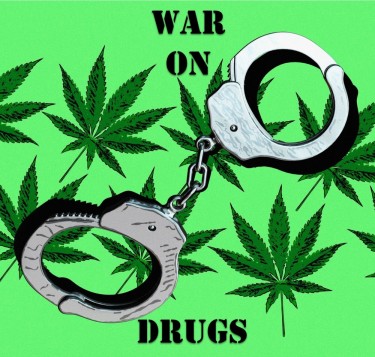 ENDING THE WAR ON DRUGS STARTS WITH ENDING THE CSA, READ THIS!