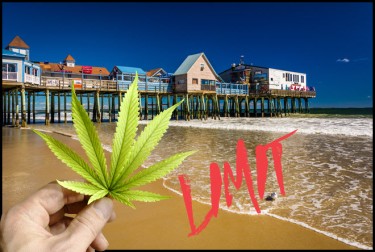 Cannabis licensing is said to be a corrupt and unfair process in many states, Kittery, Maine just found that out.

Kittery, Maine did their best to create a fair cannabis licensing plan.

They met with lawyers, they did a live drawing, they even made sure the ping-pong balls used in the lottery where all from the same manufacturer and weighted exactly the same.


Except, the drawing was rigged long before the ping-pong balls were labelled with black magic marker and then put in the orange Home Depot buckets. 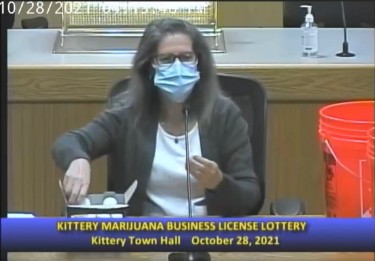 Kittery, Maine, one of the most desirable locations on the East Coast to get a recreational cannabis license due to its border with New Hampshire and Massachusetts, as well as its tourist filled outlet malls and proximity to the ocean, had a live televised drawing for what turned out to be 3 recreational licenses that were to be awarded “fairly and equitably as possible”.

Due to the zoning locations voted on by the selectman, the commercial zones 1, 2. and 3 would be allowed to have recreational stores, with a later decision to allow one store in each zone. All was moving forward with the usual processing standards in legal states. In this case, the state of Maine would get $250 for each application at the state level, and the town was charging $750 per application. The town put in safeguards to “keep it fair” like one application per EIN, or Federal Tax ID, and ownership of each “S” corporation had unique and individual in the end, so one person could not get two licenses.

Little did the selectmen and women of Kittery know that sharks with deep pockets were circling and smelled blood in the water.

The First Chink in the Armor

The first whiff of impropriety came out about halfway through the planning process and just a week or two before live application were about to begin.  In their haste, the Kittery selectman failed to ratify a wetlands zoning formality created for gas stations and car washes, so that those establistments are not to close to wetlands in case of an underground gas leak.  While the explanation was that “they just forgot to do a raised-hand vote an acknowledge that dispensaries would not come under the wetlands protection area provision (as they are no more a threat to wetlands than a shoe store or pizza shop), the technically was noticed by one law firm, and that firm moved to have any of the qualified buildings near the wetlands, removed from the eligible location list. Since the selectmen failed to ratify by a hand or voice vote that minute detail, all qualifying buildings near wetlands had to be disqualified due to a procedural faux pas at a selectman meeting.

As the saying goes, “I smell a rat”.  Someone wanted locations removed from the eligibility list in order to improve their odds, even though a dispensary has no underground holding tanks or environmental issues, they are the same buildings that currently house vape stores and shoe stores today.  Many locations were now deemed ineligible to submit as a location for a dispensary.

Fast forward to the application week and closing dates, and the town of Kittery ended up with over 700 applications, netting the town over $530,000 in application fees alone.  Since each commercial zone, 1, 2, and 3 would have their own unique drawing, the numbers were skewed depending on the number of qualifying buildings that could be submitted as the location address on the application. For example, commercial zone 1 was the largest zoned area and had the bulk of the buildings that could be used for licensing, hence it had the most applications.  Zone 2 was the second largest zone, followed by zone 3.

But letting a procedural vote eliminate a section of viable buildings and applications was not Kittery’s greatest sin, it was a change created by an aggressive landlord in zone 1 who did not like the fact that she could only allow one application per location, or what is done in most licensing agreements. In most jurisdictions, when an applicant finds a landlord willing to allow a cannabis business as a tenant and the building is in the correct zone, they are essentially “married”, one applicant tied to one location, and the application is submitted. This particular landlord did not like that situation and wanted to increase the odds that her building got a dispensary tenant, so she went to the selectman and had the rules changed so that each landlord could take as many applications as they wanted.  So, applicant #1, #2, #3, etc could all use “1 Main St” as their location if they win a license. This created a windfall for landlords as now they could hang a “for sale” sign out front, and say they will accept all cannabis dispensary applicants, for a fee of course.  Fees for just being able to use an address for the application ran from $2,500 to $5,000 according to our research.  Landlords then charged applicants a “processing fee” regardless of if the applicant won the lottery, it was pure “pay to play” by the landlord charging applicants, and landlords made some nice profits for letting people put their address down on their application, regardless of the result of the lottery.

That one loophole, created out of greed and opportunism, allowed the major players like MSOs the opening they need in the “fair” lottery.  Basically, if you could not guarantee that your ping-pong ball was pulled out of the drum, make sure all the ping-pong balls are yours, right?  It is like the card trick where someone says they will pull out the 8 of clubs, they do it, but when you check the deck, every card in the deck is the 8 of clubs.

As it turns out, of out of the 736 ping pong balls in the total lottery, over half or close to half were bought and paid for by Theory Wellness, an MSO with deep pockets.

Brandon Pollock and Nick Friedman, who purchased hundreds of lottery entries at a cost of about a quarter million dollars, are listed as co-founders of Theory Wellness, which operates many marijuana businesses in Massachusetts and Maine.

All three winners get first dibs for Kittery’s three coveted retail marijuana licenses, though their proposals must gain approval from the town. The remaining entries are placed on a waiting list by the order in which they were drawn in the lottery.

Pollock and Friedman admitted publicly to spending over $250,000 on applications, basically creating hundreds of S corporations in Maine, submitting over 350 of the 736 applications, and making sure the lottery, depending on the commercial zone, was heavily scewed in their favor.  If you were the small guy, the local guy, or the company looking to submit a single application and apply in good faith and play by the moral and ethical rules set up, you never had a chance.

As it turns out, Theory Wellness did win not only one of the three recreational licenses, but two of them, or 66% of the total licenses available, Know as the “bad boys of Massachusetts weed” to some in the state below Maine, Theory Wellness had already opened a shop in Portland, Maine, on Maine Mall Road, about 30 minutes north of Kittery.

Is Kittery unique or special in getting run over by smarter and deep pocketed sharks? No, the stories from Illinois licensing are even worse.  Green Thumb Industries is under Federal investigation in Illinois for their “pay to play practice”.

The Chicago Tribune noted in a piece about 2021 applications that:

Out of 937 businesses that submitted 4,518 applications submitted last year, just 21 applicants earned perfect scores on their applications to qualify for an initial lottery. Losing applicants objected and filed suits, claiming the scoring by consultant KPMG gave different scores for identical application information, among other problems.

The problems are so bad in Illinois that the state government is now doing “corrective lotteries” for those that were unfairly treated during the first rounds of marijuana licensing. Maybe Kittery, Maine should do the same.

Thomas Howard, noted cannabis attorney called the Illinois lottery system “total garbage”, with the odds of one team that won 6 licenses as a “1 in 212,000,000,000 event”.

Nevada is notorious for cannabis licensing scams and payoffs, as the FBI is now investigation the licensing process and the winners in some cases in Nevada.

J.T. Burnette, the husband of Kim Rivers, CEO of the MSO, Trulieve, is on trail for Federal bribery and corruption charges after bragging about paying people off in order for Trulieve to get some of their retail marijuana licenses.

In Massachusetts, former Mayor of Fall River, Jasiel Correia, is serving 6 years in prision on Federal bribery and cannabis extortion charges. The young mayor, only 29-years old, was caught blately in a “pay for play” licensing scam that required money and pounds of marijuana as payment.

The little guy, the honest small business, the early state-resident playing by the rules has literally no shot at a recreational license in many competitive areas.  There is just too much money and greed at stake for “the guy who can spend a million dollars” on applications to not go for it, and win most of the time.

The karmic end to the story is that the landlord who opened the loophole that crushed the small business and single application company, did not end up getting a winner in the lottery.  Her building will remain as/is with the current list of tenants and food trucks, no dispensary, no future sale of the building to a cash-rich dispensary.

Time will tell if Kittery will consider a corrective lottery or perhaps a refund of the application fee to the 300 or so applicants that were not part of the Theory Wellness group.

Many people may want to hate on Theory Wellness, but as the saying goes, “hate the game, not the player.”  Did Theory Wellness break any rules as stipulated by the Kittery licensing mandate? No. Did they have deeper pockets than most applicants and set it up where they were basically 50% of the ping-pong balls in the bucket? You bet.


Kittery, you never had a chance when the big boys came to town. 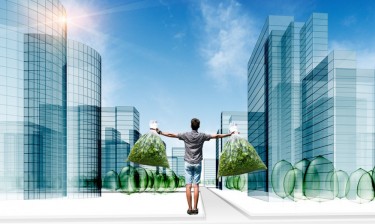 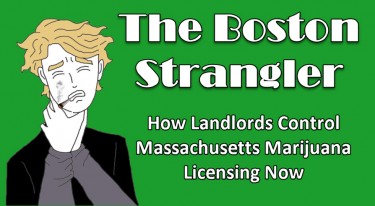