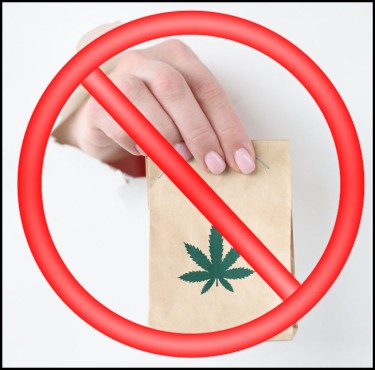 There are numerous acts around cannabis regulation that are not so clear from the onset. With regulation lying in the hands of each State since the federal government still considers the natural herb illegal, there are still some discrepancies here and there. It is then the role of every regulation agency of each state to ensure that users are aware of what is and what is not acceptable.

The top cannabis regulator in New York has stepped forward to have a say on one of the common practices among cannabis businesses and users. He stated that the practice of gifting cannabis by cannabis companies which have become a regular form of promotion by these companies is illegal under the laws of recreational marijuana in the state. Read on as we examine the nook and cranny of this new declaration by the head of the Cannabis Control Board of New York and how it affects the cannabis industry within the state.

Cannabis Gifting as a norm

Different norms have grown considerably in recent times and this has culminated in many believing it is either legal or generally acceptable. Cannabis gifting is one of those norms. It is now very common in states where adult use of cannabis is legal to see a customer gifted cannabis for purchase of another product. Often these purchased products are in no way directly connected to cannabis or cannabis products as they vary from an overpriced shirt, lighter, and a host of other items. Tremaine Wright, Chairman of the Cannabis Control Board of New York has come out openly to declare that this practice is illegal and must stop immediately.

It is still not entirely clear how this practice contravenes the existing recreational laws of cannabis in the state. One thing that Jason Klimek, co-lead of Barclay Damon’s cannabis team has stressed is that it will be towards ensuring that the safety of the consumer is guaranteed. He said this while speaking to WXXI after he explained that the annoucement by Chairman Tremaine Wright was fairly predictable. Apparently, the issue surrounding cannabis gifting has been a problem for a considerable amount of time seeing as law firms like Barclay Damon have been receiving repeated calls on it.

The attitude of gifting cannabis among individuals and businesses rose to prominence as many saw it as an opportunity to exchange cannabis outside of existing regulations. It has continued now into the time where regulations exist for use and possession by adults but laws for licensing haven’t taken full effect. On the 31st of March, 2021, a law allowing the possession and use of cannabis in New York State were signed. The Marijuana Regulation and Taxation Act (MRTA) as it is called allows registered medical marijuana patients in New York State to possess and use cannabis. This is what has prompted the Chairman of the Cannabis Control Board to step forward and make the pronouncement while stating the possibilities of sanctions and penalties.

Effects of the Annoucement

Now that the Chairman has made the stance of the control board clear, there is still a bit of uncertainty on what the penalties will be and the severity of the penalties. Chairman Tremaine Wright has gone on record while speaking to WXXI to state that individuals who do not stop the practice are a risk of severe financial penalties. Chemung County has one establishment that openly gifts out cannabis and the executive assistant district attorney has had a say on the matter too recently. Susan Rider-Ulacco has come forward to say concerning her county that while no actions have been taken by officials so far, there could be law enforcement actions on them in the future.

The effects of this annoucement are not limited to the reach of the Cannabis Control Board alone. Governor Hochul has stated that she will be moving forward with OCM appointments very soon and there will be the need for guidance on how to move forward on the subject matter. Pending that time, however, she has hinted that there are likely to be substantial risks to be expected for businesses that use commercial transactions to gift customers cannabis. While this might not be good news for beneficiaries of such gifting, those at the helm of the administration believe it is a necessary step to take at this time.

It goes without saying that many people will not be happy with the new statement by Chairman Tremaine Wright. Even more than that, it puts some in a precarious position that can place them at loggerheads with the law. The state of New York is yet to have licensed cannabis retailers. The meaning of this is that most vendors have had to improvise to get the herb available for those in need of it. Cannabis gifting after procurement of other non-cannabis items seemed to be the way to go which gas seemed to keep everyone happy. Unfortunately, the recent announcement puts the entire practice back into the trenches and leaves vendors looking for new ways to make products available before licensing commences.

Kait Munro, spokesperson for the Erie County’s District Attorney made a statement that might excite those that are used to this practice. He noted that despite the statement by the Cannabis Board, issues of cannabis gifting are more likely to end up in a civil penalty. What civil penalty entails is a remedy placed by a regulatory agency and not necessarily a criminal penal law. This means it is not likely to involve law enforcement agencies and the office of the District Attorney is not expected to be involved in such proceedings.

While some might be of the opinion that there might be some gray areas to leverage in the matter of cannabis gifting, the stance of the Cannabis Board is very resolute. In due time licensed cannabis retailers will be fully established in New York state and the need for cannabis gifting through such ways will become nonexistent. 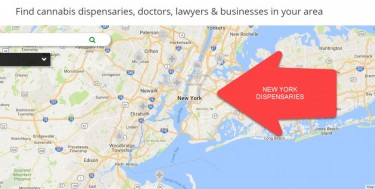 NEW YORK IS POISED TO BECOME A MARIJUANA GIANT, READ THIS!