Do you want to a be a cannabis dispensary franchise owner? Now may be the time to sign up!

The idea of owning a McDonalds, Chic Filet, or Dunkin franchise makes many people get excited about the franchise model of business ownership.  Basically, you get to run your franchise business local to where you are, but the corporations promote and advertise your business on a grand scale.  While nothing is for free and franchise fees can get pricey, most successful franchise owners will tell you there are two keys to being successful: stick with what you do well and scale, scale, scale.  Owning one Dunkin franchise is nice, but once you know how to run a Dunkin shop, owning 10 Dunkin shops is the way to make serious money.

But what about marijuana? Will the dispensary model take over in 5 years? While the current laws dictate the MSO, or multi-state operator, model is legal, future law changes may allow for more of a smaller-group franchise model to exist. While you may see 10 MedMen stores or 15 Curaleaf stores, they are not owned by locals or franchises, they are all owned by the MedMen or Curaleaf corporations. Both of those two examples are publicly traded companies, much like the way Starbucks runs their retail stores.

The opportunity for dispensary franchise ownership may be about to change as Federal law could be changing soon as the Republicans have introduced a sensible marijuana legalization plan, and Germany just announced full recreational legalization is coming to the country soon. While some franchise models do exist in states like Colorado and California, their seems to be a big investment swing into the possibility of a marijuana dispensary franchise ownership model working and being viable in the future.

Dan Zaharoni, CEO of From the Earth dispensaries, has teamed up with Cananbis10x consulting, and franchise heavyweight Harold Kestenbaum, who sits on the board of 5Guys burgers and Sbarro pizza, to offer people the chance to be a cannabis dispensary franchise owner.  Kestenbaum has done over 2,000 franchise disclosure forms in almost every state, and the law firm of Spadea Lignana is overseeing the process, as well as a cannabis specific attorney.

Making sure the FDDs, franchise disclosure forms, have been filed with each state and FTC is an important step when applying for a franchise as it spells out your rights and the company’s rights an obligation as well within the working agreement. Cannabis.net had an attorney review the legal paperwork as well once we were given access to the packet.  We did have to sign up as a referring agent to get access to the documents, so that means that while we were not paid anything for this post or compensated for publishing it, if you do click some of the links or put us down as the referring source, we could be compensated in the future if you become a franchise owner, just full disclosure on any renumeration we may receive in the future if you become a From The Earth dispensary owner.. 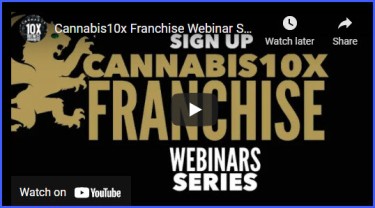 You can review the stats on From the Earth and their current operations here. Average store revenue is around $7 million a year with a 45% to 55% gross profit. Dan and Jason Tropf, CEO of Cannabis10x, sit down for a webinar video to cover the most commonly asked questions and how it all works here.  The 41 minutes interview covers start-up costs, store costs, employees, payment structures, and a variety of topics related to cannabis rules and regulations in different states.

While the whole process may take from a few months to a year, the idea of having team guidance and a “partner” along the way, may seem like a good idea for many people new to the cannabis industry. If you would like to apply or be added to the franchisee dispensary waiting list, you can click here and enter your information.

Will you own 4 or 5 From the Earth dispensaries in your state, or maybe have a few in your state and one or two in neighboring states? The future of cannabis is bright with legalization news breaking by the week now, if the franchise model sounds like a good way to get started, go ahead, and sign up and explore the webinar and FDD documents.  If you pass the first round of the selection process they will even fly you out to California for meeting in person and full walk-through tours.

Watch the interview and download the investor kit by clicking here.

Best of luck to Dan, Jason, and Holly on your new venture!

(Full disclosure – Cannabis.net did not receive any compensation for this story but if you do become a franchise owner in the future and use our links, we may receive compensation, to be determined.) 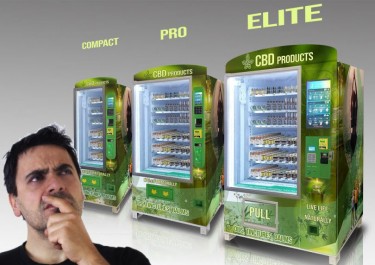 IS IT TIME TO START A CBD FRANCHISE OR WILL LEGALIZATION RUIN THEM? 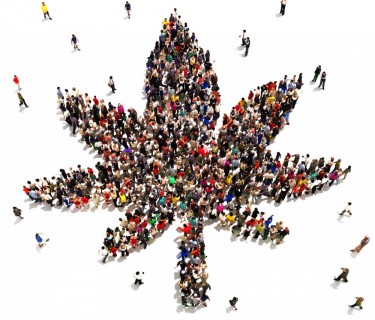 IS CANNABIS FRANCHSING A GOOD OR BAD IDEA RIGHT NOW?