What is Cannabis Dispensary Looping, and Why is it Illegal?

When Sweet Leaf, a major cannabis dispensary chain in Denver, was searched by police some years back and had over 15 of its licenses canceled, the recreational marijuana market as a whole was aghast. The residents and general public were informed that this was because they had been exposed after a 12-month investigation into looping activities, which involve selling consumers illegally large quantities of recreational goods in a day.

Cannabis looping is the customer’s way of working around these restrictions.

What Is Cannabis Dispensary Looping?

Cannabis looping is the process of getting around top-down buyer limitations created without consideration for how to be enforced.

A consumer who “loops” will buy up to their legal maximum, pay that money, and then make another purchase. Then, this is “looped” or repeated. The circuit that customers would take to their automobiles and back could perhaps be where the term came from. Although looping isn’t always visually visible, this provides the idea that it is. Recently,  looping has become more discreet and performed within a counter visit with many transactions.  Simply buy the most stuff permitted, leave the store, then come back and complete another transaction (sometimes with a different budtender).

A Loophole in The Legislation

An apparent flaw in the legislative language led to the growth of the practice of looping. The one-ounce limit was first defined as “in a single transaction” in the recreational sales legislation. Dispensaries that looped would ring out the one-ounce, finish the transaction, and then ring in another order and start a new transaction to adhere to the letter of the law.

In 2017, Sweefleaf was charged with selling beyond the one-ounce limit to several customers. Sweet Leaf and Colorado’s Marijuana Enforcement Division agreed after nearly a year of appeals and legal fees. In order to cover the $2 million in taxes and fines they are owed, the owners agreed to sell all 26 licenses (retail, processing, and cultivation). They are prohibited from owning or making investments in Colorado cannabis businesses for the next 15 years, and they were forced to destroy any leftover inventory.

Of the 15 marijuana sellers detained, seven had their charges dropped, and the other nine were either waiting for trial dates or discussing plea agreements in response to felony narcotics charges. Four of the accused budtenders are represented by cannabis attorney Rob Corry, who made the following point in his defense speech: “Generally speaking, budtenders have indicated that they were informed by upper management that this was a legal practice to perform.” Not to mention that only the one-ounce personal possession limit is mentioned in the Colorado Constitution, not the one-ounce sale limit.

Therefore, it would appear that not only the business owners but also the people carrying out looped transactions are responsible for looping. This means that your budtenders might be jeopardizing their freedom, and they need to be instructed to stop looping before it happens. In fact, budtenders are the group most impacted by these rules. The people who stand to gain the most from looping, dispensary operators, were not the target of any of the several felony charges made by Denver police.

Putting an End To Cannabis Looping

Colorado Department of Revenue’s Marijuana Communications Specialist Shannon Gray commented on the Sweet Leaf debacle. She said that the act of looping is forbidden by law and regulation.

The Marijuana Enforcement Division (MED) adopted new regulations that went into effect on January 1st, 2018, and further defined the legislative ban on looping. In particular, these regulations define a single transaction as multiple transfers to the same consumer made on the same business day and consider whether a licensee knows or should reasonably know that such a transfer would result in the consumer possessing more than one ounce of marijuana. These regulations also clearly define the quantity restrictions on sales.

As long as you are tracking the appropriate customer information, have made the necessary investments in your operational systems, and have staff training programs in place, looping is both simple to detect and prevent.

Purchasing and setting up a Point Of Sale, ie POS system for your dispensary will automatically track purchases along using customer IDs. Budtenders will also be alerted if they are about to make a transaction that would put them out of compliance. This is by far the easiest method to assure compliance with cannabis sales limit restrictions at all times. By doing this, you will figuratively prevent any customer from looping around your dispensary and safeguard your personnel from any potential grave legal risks.

For context, consider Sweet Leaf’s sentence. Purchasing a POS system is far cheaper than facing such business-wrecking sanctions. The state has used the Sweet Leaf case to send a strong message to other cannabis stores to desist and refrain from such illegitimate activities. Sweet Leaf’s Denver locations remain inactive.

Many budtenders were unaware they were violating the law by looping because they were merely carrying out management’s directions. Some interviewees in the industry showed considerable displeasure with both senior administrative units and the Marijuana Enforcement Division.

Budtenders as a whole have shown a strong desire to adhere to rules and regulations. “Why would someone want to sacrifice their entire career in a budding industry for a few more sales?” Is still a common question. Many argue that it would have been better if the MED had reasonably communicated with Sweet Leaf rather than go in for immediate raids and felony arrests. One can only hope that such doesn’t repeat itself in the future. 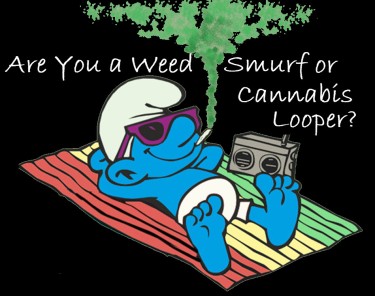 ARE YOU A CANNABIS LOOPER, AKA, A WEED SMURF?

Diet Weed Strains – What Strains Are Loaded with THCV and Work for Appetite Suppression?