For the first time in history, more people are smoking cannabis compared to tobacco.

Based on the results of a new Gallup poll, cannabis use is at a record-high. Specifically, they found that just 11% of Americans still smoke cigarettes while it was up to 45% back in the mid 1950’s. Meanwhile, 16% of Americans admitted to using marijuana. Almost half said that they have tried it some time in their lives while in 1969, just 4% they were marijuana consumers.

The Gallup poll has long been a mirror of how consumer behavior changes through the years and the decades, with increasing acceptance and consumption of marijuana a growing trend. This is reflective of the economy and the law as well, with more states legalizing the drug than ever before while more people are giving up tobacco due to its proven risks.

“Smoking cigarettes is clearly on the decline and is most likely to become even more of a rarity in the years ahead,” explains Dr. Frank Newport, Gallup Senior Scientist. “This reflects both public awareness of its negative effects and continuing government efforts at all levels to curtail its use,” he adds.

It’s fantastic news for the general public and overall health that cigarette smoking is at the lowest ever recorded by Gallup, since they first started amassing data back in 1944. It’s even better that Americans are changing their stance on cannabis use; more people now know that it’s safer than tobacco. As of the time of writing, 38 states have already legalized marijuana for medical use while recreational use is still illegal in many states. Despite this, the number of cannabis users continues to rise every year as Gallup discovered that support for legalizing the drug consistently reaches record highs each year.

The first time most Americans supported marijuana legalization, based on their poll, occurred in 2013. Then in 2020, majorities of adults in the United States, regardless of education, gender, income, and age were in favor of legalization. It differed only when one took into account religion and political party.

“It should be noted, some authorities argue that marijuana is quite dangerous, particularly for young adults, and it is possible that attitudes towards its use could change if focus on the downsides of marijuana increases in the years ahead,” said Newport.

Other Polls Show The Same Results

More research, education, and widespread acceptance as well as legal cannabis laws are helping more people access marijuana each day. The numbers are expected to only grow from here onwards, reflected in Americans’ support towards legalizing marijuana.

There have been other polls that reflect similar things.

In May 2022, a YouGov poll found that a significant majority of Americans, no matter what their political beliefs were, either support legalizing marijuana on a nationwide level or believe states should be able to set their own marijuana policies. Additionally, it showed that 7 in every 10 people who voted for President Biden support cannabis legalization even if he is currently opposing it.

The YouGov survey clearly shows that prohibition is no longer appealing to the majority. They also found that 45% of participants think the drug should be legalized around the country, and just 17% think that cannabis should stay illegal. Meanwhile, 13% said they were not sure on the matter.

A few months prior, a poll from SSRS revealed that 69% of the population support recreational cannabis legalization while 92% think it should be legalized for medical purposes. The SSRS poll also showed that 58% of Americans acknowledge that cannabis is safer than alcohol. “Voters support legalizing marijuana regardless of political party affiliation,” says NORML’s deputy director, Paul Armetano. “At a time when national politics remain acutely polarized, elected officials ought to come together in a bipartisan manner to repeal the failed policy of cannabis prohibition. It is one of the few policy reforms that voters on the right and on the left can all agree upon,” he said.

When Will The Federal Government Agree With The American Population?

Pres. Joe Biden repeatedly said he would work on cannabis policy reform during his campaign, but unfortunately he isn’t living up to his promises. However, he does have to listen to his people, who believe that it should be legal.

On the other hand, federal legalization is still somewhat of a dream. But if they do listen to the polls, they will see how popular marijuana legalization already is and we can only hope that it will change Biden’s mind. That’s still something we have to watch out for over the next few months.

Legal cannabis is already one of the quickest growing industries in the United States. In 2021 alone, medical and adult-use sales reached $25 billion, and experts estimate that it could hit $100 billion in 2030. There is a huge financial and economic opportunity that is being missed each day that we aren’t legalizing marijuana on the federal level. We also must be able to first address the banking hurdles that the legal cannabis industry is experiencing, specifically a bill that seeks to change how banking is done: the Safe and Fair Enforcement Banking Act (SAFE), which has already passed 6 times in the house since it was first proposed back in 2013. Once it’s signed into a law, it would prevent federal authorities from penalizing banks that decide to open up business to legal marijuana companies. These cannabis businesses will finally be able to make use of financial services and allow people to pay with debit and credit cards.

There are other countless bills in place that have been making the rounds, all of which seek to help reduce the burden on the legal cannabis industry – which are sorely needed. Let’s see how the next few months plays out. 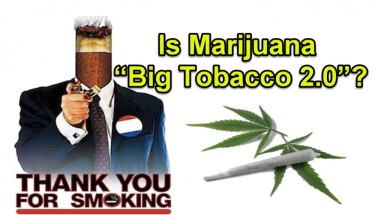 IS MARIJUANA POISED TO BE BIG TOBACCO 2.0? READ THIS!

Where are psychedelics legal or decriminalized in the US?

Are Cannabis Users Who Dab Superhuman?

Are Cannabis Users Who Dab Superhuman?