Who Is Buying All the Weed in America?

A few decades ago, it seemed like this present period of acceptance for marijuana and marijuana users would never. So strong was the war on the use of marijuana in those days that different unfounded fears were instilled in many and passed on to others. Fortunately, a paradigm shift has occurred and we are gradually leaving the era of prohibition for the era of legalisation. Many states are legalizing the use of marijuana both for medicinal and recreational use despite the federal government still classifying it as a Schedule 1 drug. This has further increased the demography of people smoking weed in the US substantially over the years with more to follow.

While many are already on the train for marijuana legalisation and acceptance, there are still others that are a bit apprehensive about it. This is because most of these people have held on to stereotypic views about cannabis users as stoners who are addicted and looking for their next fix. The best way to change this perspective will be to show the true picture of what cannabis is in the US presently. It will also be helpful to give an in-depth analysis of who is smoking weed in the US presently. We will be taking a breakdown across different demographic groups to show the extent of the acceptance.

According to data collated by Gallup in July 2022, 16% of Americans say they smoke marijuana. This figure is an upgrade from the range of 12 to 13% that was actively recorded between 2016 and 2021. This shows that there has been a consistent increase in the number of active cannabis users over the past 5 years. This effect can be attributed to the increased awareness about the medicinal benefits of cannabis. Likewise, the 2020 pandemic also contributed to this increase as many resorted to the use of marijuana for calm amidst the fears of the lockdown. This percentage of users cuts across different types of people in the country.

The general belief has always been that most cannabis users are ragged males or stoners washed up in an alley or basement. This cannot be farther from the truth. An in-depth look into the data collated by Gallup shows that 18 percent of men and 14 percent of women in the US smoke marijuana. This is a figure considering where we’re coming from.

A special subset of the women gradually increasing these figures are the Gen Z women. This encompasses women born in 1997 or later and the use of marijuana is surging among this subgroup of women. A report by NBC news shows that the year-over-year sales of cannabis for Gen Z women surged by 151% in 2020. This is the highest for any cohort recorded within that period. It would seem that the future of cannabis is female as stated by Bethany Gomez, the managing director at Brightfield Group. The conduciveness and ease of procuring marijuana from cannabis dispensaries and the increase in interest in using marijuana to treat anxiety and depression is sure to increase these figures.

Cannabis has always been quite popular among the youth, it’s the baby boomers that have been known to pose a bit of resistance. The results from the data show that 30 percent of persons aged between 18 and 34 use marijuana whereas 16 percent of persons aged between 35 and 54 use marijuana. Persons aged 55 and above are also represented as 7 percent of the population are recorded as marijuana users. These statistics are encouraging as it shows that more millennials are getting in on the act and not just leaving it to the Gen Z alone. While many may be quick to say the number of those ages 55 and above is low, it must be remembered that just 10 years ago, the value stood at 0.4 percent. This can only mean that the societal view about cannabis and cannabis users amidst this group is reducing gradually

The Gallup poll also sought the political tendencies of the respondents to help give a picture of what the use of cannabis looks like across political lines. As expected, Democrats lead the line for cannabis users as 20% use cannabis, Independents are next with 17% while Republicans also have a good representation with 14%. Democrats have always been known to be sympathetic to the use of marijuana generally and this is more evident as President Biden recently granted pardons to those convicted of offences relating to marijuana possession. Republicans are also getting in on the act and this can mean that one can expect some of their votes when it comes to legalisation and voting.

For those that are still classifying all cannabis users as high school dropouts with sedentary lifestyles, they cannot be more wrong. The Gallup poll shows that 12% of college graduates smoke cannabis whereas 18% of those who are not college graduates enjoy the benefits of cannabis. This data helps to defeat the view held by some people that cannabis users suffer from a lack of motivation and easily lose sight of their goals and ambitions. Therefore, it is safe to say that educational status is becoming less of a barrier to the proliferation of marijuana use as time goes by.

Cannabis has found a place to stay in the US and it is not going anywhere, at least not anytime soon. The breakdown of cannabis users in the US shows that almost every demography is getting in on the act and enjoying the goodness of the natural product. The increase in its medicinal use is also to be thanked for the acceptance of the herb as received across all quarters and that acceptance is only expected to increase as time goes by.

THE MODERN CANNABIS USER, READ ON… 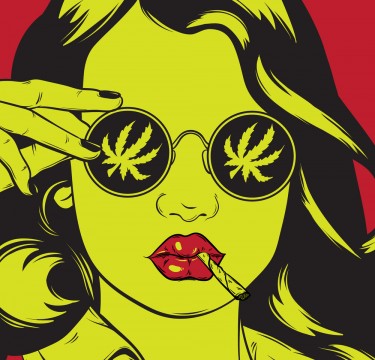 WHO IS THE MODERN CANNABIS USER ACCORDING TO GALLOP?

California’s Mission to Save Its Cannabis Industry