As the Bud Turns – The Cannabis World News Update

Morocco wants a piece of the marijuana pie, and they have started making the efforts necessary for this to happen by issuing the first 10 permits that would legalize the export of marijuana for medicines and industry under the Cannabis Activities Regulatory Agency (ANRAC). Thanks to Law 13-21 which was approved last year, Morocco can now join several other nations that can legally export marijuana.

Marijuana has been grown and used in Morocco since ancient times. Despite being illegal, that hasn’t stopped Moroccan farmers from growing and selling it. Last year, the parliament passed a new law for export though it still makes recreational cannabis use illegal but now, farmers situated in the northern mountainous regions of the country will soon be allowed to grow it to supply the legal market.

Farmers will be protected by the new law, especially from the black market dealers who monopolize the market and illegally export it to Europe, reports Reuters. However, they have to ensure that they strictly comply with the framework provided to farmers’ cooperatives.

ANRAC announced on October 4th that the move was part of executing Law 13-21, though they still intend to study the market to determine how much to grow and how to help farmers transition from illegal to legal grows.

Caribbean nation Dominica’s government just announced that they intend to legalize marijuana by 2023.

Prime Minister Roosevelt Skerrit disclosed to the state’s DBS radio that his government will be bringing in the legislation to Parliament before the end of the year, reports Jamaica Observer. Currently in Dominica, it’s legal to own up to 28 grams of cannabis while homes can grow 3 marijuana plants.

“We announced in this year’s budget to provide permits and licenses for people who are in the production of marijuana oils, creams and lotions and soaps, because we recognize that there are a number of Dominican citizens who are suffering from cancer and who use the marijuana oil to bring some relief,” Skerrit explained.

“There are many testimonies of it working, so we are in the process of putting the mechanism in place and certification of that which will also involve providing certificates for growers, farmers to be able to plant and grow this marijuana,” he adds. Skerrit went on to say that the Canadian government was helpful in coming up with the draft of the legislation to legalize marijuana as a medicine for export. There are several steps to get there though he did say that the Canadians were of big help in that area.

“So we are moving apace and I believe come next year we will certainly be in a position to pass this legislation and to have a full-fledged cannabis industry in Dominica so we can take advantage of the numerous opportunities where cannabis is concerned,” he added.

Cannabis decriminalization has been rolling out gradually over the last few years in the Caribbean, which has been making it easier for travelers to take advantage of cannabis tourism. Since 2014, several nations including Trinidad and Tobago, Bermuda, Antigua and Barbuda, Jamaica, US Virgin Islands, and Saint Kitts decriminalized or approved the use of marijuana.

A milestone for the Israeli cannabis industry has been achieved as BetterSeeds, an agriculture tech company that utilizes gene editing, successfully made their first shipment of seeds to Canada.

BetterSeeds sent various seeds for medical marijuana strains that the Canadian market can now use. According to the company, these fully stable hybrid strains are the first to ever be produced in the world; they are also expected to assist in standardization and reproducibility for the Canadian market.

“The seeds that were sent to Canada are unique,” explains Ido Margalit, BetterSeeds CEO and founder. “We anticipate that they will revolutionize both the process of growing cannabis and the product standards in Canada, as our cannabis seeds are 100% stable and uniform,” he said.

“This export is a real achievement for us and was made possible after BetterSeeds led the change in law in Israel to allow the export of cannabis seeds,” said Magralit, as reported by the Jerusalem Post. BetterSeeds has been pioneering the export of world-class marijuana seeds globally – earlier this year, they exported hemp seeds bound for the United States. However, they are working on growing their markets by focusing on the development of stable, uniform cannabis seeds.

In a First For The Company, Uber Eats Now Delivers Marijuana In Canada

Adult esidents of Toronto now have an even more convenient way to get marijuana: Uber Eats.

Uber Eats inked a joint deal with Leafly, a marijuana marketplace, to offer locals a quick alternative to have bud delivered from licensed retailers around Toronto. According to the food delivery giant, it’s a first for a “major third-party delivery platform”. Last November, Uber Eats enabled Ontario residents to order marijuana using the app though they had to pick it up.

Uber Eats adds that the new initiative will keep people off buying cannabis from the black market, which currently makes up over half of all recreational marijuana sales in Ontario.

“First and foremost, we see this as a critical piece to helping discourage impaired driving and secondly, this is just another initiative that can help combat the illegal cannabis market, which still makes up more than 40 per cent of cannabis sales in Ontario today,” said Lola Kassim, general manager for Uber Eats Canada, to CBC Toronto. “So, we’re providing an option that goes beyond in-store, that goes beyond pickup and it’s also an option for consumers on a platform like Uber Eats, which many Torontonians already know and love and is also built on, you know, trust and safety,” she said. 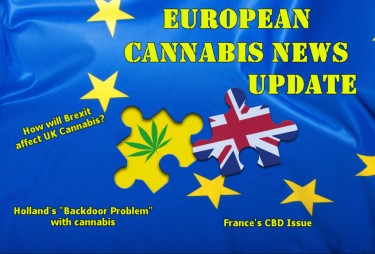