A draft strategy for combating drug addiction in the nation, which calls for establishing a legalized cannabis market and expanding treatment funding, was scheduled for review by the Czech cabinet on Monday.

According to CTK, this week, members of the Czech cabinet heard a draft plan on establishing a controlled cannabis market and raising expenditure on drug addiction and treatment. According to Jindich Voboil, the national anti-drug coordinator, a legalized cannabis market might bring in billions of crowns in tax money for the government.

The program is a component of a plan to combat drug abuse in the nation by 2027. Then-Prime Minister Andrej Babi spelled it out, but his anti-drug minister had yet to create a strategy for moving forward. After the installation of Prime Minister Petr Fiala in October 2021, Voboil returned to the anti-drug position.

Fiala’s cabinet stated in its policy statement that the amount of harm caused by addictive substances should be reflected in the regulation of those substances, which would also be reflected in the excise taxes levied on those substances. New levies on alcohol and tobacco are part of the plan. According to the research, the country has already received roughly CZK 60 billion in excise taxes on tobacco goods and CZK 13 billion in excise alcohol-related taxes.

The draft proposal states that society loses CZK 150 to 180 billion annually as a result of the health and other effects of addictions and early deaths, despite the fact that gambling taxes now bring in CZK 5.1 billion to the nation’s budget and CZK 4.9 billion to city budgets each year.

HOW THE PLAN AFFECTS CANNABIS GROWERS/SELLERS

Marijuana growers would require a license before establishing a regulated market, and the law would explicitly outline to whom they might deliver their product. Drug coordinators from the European Union’s member states met in Prague this week to start debating how the cannabis industry should be regulated.

The plan calls for strict regulations on the sale of marijuana, the taxing of addictive substances based on how damaging they are, the establishment of a controlled marijuana market, and higher government spending on addiction treatment and prevention.

The upcoming regulations should apply to both manufacturing and sales. The new regulations should specify the maximum amount of narcotic compounds that legitimate marijuana products are permitted to include. According to Jindich Voboil, the Czech Republic’s national drug coordinator, certain store owners might also be granted a license.

There won’t be marijuana on every newsstand. The coordinator stated that the quantity of marijuana that people might purchase would be restricted and that purchasers could need to register with the authorities.

The annual amount spent on prevention, which is currently around 300 million crowns, should increase to one billion crowns.

A new regulation is also being planned by Germany, the Netherlands, Luxembourg, Malta, and Malta. Germany needs a proposed rule by the end of the year, as noted by Voboil.

Voboli stated that he would back Czech businesses. They cultivate marijuana and create extracts; there are about 100 of them here. Perhaps even before the Czech Republic has a controlled market, Czech enterprises should be authorized to export. It will rely heavily on whether or not we talk about it. It is comparable to medical cannabis. It is a market in Germany valued at 10 billion euros. It benefits no Czech companies at all, he continued.

Although it is unlawful to use cannabis recreationally in the Czech Republic, it has been permissible to possess it for personal use since the 1st of January 2010 and for medical use since 1 April 2013.

Growing more than five plants is considered to be a civil offense, as well as the possession of more than 15 grams of dry cannabis for personal use. Possession of fewer than 15 grams and fewer than five plants is permitted as of January 1, 2010. If found guilty, a punishment of up to 15,000 CZK may be levied, though most convictions result in far smaller fines. It’s simple to get marijuana at sporting events and pubs. Cannabis is still illegal, though, and possessing more than a certain amount can result in a year in prison. The minimum sentence for trafficking is two years in prison, and the maximum sentence is 18 years in prison, while sentences of 10 to 18 years are only given in the most severe circumstances. In the event of small trafficking that does not result in a sizable gain, a suspended sentence or some type of alternative punishment is typically applied.

On December 7, 2012, the Czech Chamber of Deputies approved a bill that would have legalized the sale of cannabis as a medication with a prescription at pharmacies. One hundred twenty-six lawmakers voted in favor, while only seven were against (twenty-seven others abstained from voting and forty-six were absent from the vote). The bill was approved on January 30, 2013, by the Czech Senate. Eighty-one senators were present, and sixty-seven of them voted in favor of legalization, while only two opposed it (five senators refrained from voting, and seven were absent from the vote). Additionally, the measure specified that in the first year, “to assure standards,” only cannabis from abroad would be permitted for sale. Sales may then increase to include carefully regulated, registered local production after that.

Cannabis for medical purposes has been legalized and controlled in the Czech Republic since the law took effect on April 1, 2013. According to the law, 180 grams of dry matter may be collected each month on a prescription from a qualified doctor and submitted electronically.

The Czech Republic is considering a plan to regulate and permit the sale of cannabis. The country could be taking notes from the many European countries that have already legalized cannabis, as the country also seeks to reap the economic benefits of legalizing the drug by generating income in the form of taxes for the nation. The plan, however, will still come with its regulations as the country is not looking to make the drug just available to anyone in any quantity. 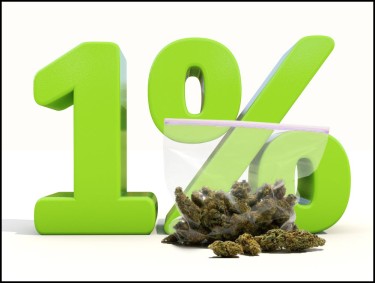 How does THC affect prenatal development?

How does THC affect prenatal development?