California has long been a pioneer when it comes to cannabis. However, this all changed when they “legalized” cannabis for recreational purposes. In fact, their roll out was so dismal, that they are now beginning to ramp up a new form of prohibition, and in fact, utilizing drug war tactics to “ensure” the success of their industry – unfortunately, it’s not working!

In today’s article we’re going to be taking a closer look at how California has managed to ruin a perfectly good system due to bureaucratic nonsense and greed.

This was perfectly highlighted in a recent Reason Article which outlined that California Attorney General – Rob Bonta – boasted about their “recent successes” in eradicating nearly a million “illegal” cannabis plants utilizing a program that was conceived in the height of the drug war.

The enforcement program Bonta refers to is the state’s Campaign Against Marijuana Planting (CAMP). It was founded as part of the war on drugs to try to tackle the many illegal marijuana grow operations across a massive state with huge swathes of undeveloped land.

The data itself is a fascinating look at how little drug legalization means when a state’s regulatory systems are so oppressive that it undermines the legal market. In 1984, CAMP’s first full year of operation, the program was responsible for the eradication of 158,000 marijuana plants. In 2022, after almost 40 years of a drug war and eight years of legalization in the state, that number has grown to 974,000 plants, spread across 449 operations in 26 counties, according to the October 11 announcement from Bonta’s office.
SOURCE: Reason

That’s right – under California’s heavily taxed and bureaucratic system, there has been an increase in the number of “illegal cannabis grows” and their failure to make a single dent in the illicit market. In fact, Bonta and his “drug warriors” are going to rebrand the CAMP taskforce into the Eradication and Prevention of Illicit Cannabis taskforce – or EPIC for short.

Bonta’s re-envisioning of this Drug War tool will actually be MORE draconian than it was under the prohibition rhetoric. In fact, he wants to modernize the drug war and rebrand it so him and his “eradicators” can continue to spend government money on hunting the “evils” of marijuana. Of course, he’s not outright saying “cannabis is bad”, but rather that the “illegal grows” are bad.

While it’s true that many of these illegal grows are in fact dangerous to both wildlife and even people, it didn’t swell to what it was just because. The true reason why the black market is thriving in California is due to their horrendous cannabis policies.

The fact of the matter is that Bonta will only take the old drug war rhetoric and tactics, rebrand it and continue on its endless war to stop the plant and keep money flowing into the pockets of the government. However, it will achieve absolutely nothing. They could eradicate 10 million plants and there will always be another illicit grow somewhere in the large swaths of undeveloped land in California.

If Drug Warrioring isn’t working – what will?

If you’re going to beat the Cartels or illicit grow operations, you need to remove their incentive. When the risk of getting caught outweighs the perceived benefits – these operations will cease to exist. The only way to do this is to lower taxes and the threshold for individuals to participate in the market.

Currently you need to have deep pockets to be able break into the Californian cannabis market and as a result, illegal grows make a killing. They risk a lot for growing on public land, however, they also make an insane amount of money.

In fact, many people continue to purchase on the Black Market simply because it’s cheaper. And it’s only cheaper because they don’t have to pay these insane tariffs and taxes.

So how can one cut off the supply?

Make it incredibly simple to get in on the weed game. I have written extensively on how this could be done where you create a 2-tier cannabis industry. The first tier will be designated to small cannabis operations where they can grow and sell cannabis in a “farmer’s market” type set up.

The overall cost for a license should be roughly $1,000 per year and should cover up to $1,000,000 annually in profits. Once this threshold is met, the company should have to upgrade to a “corporate license” where they would have other opportunities like being able to sell in major retailers like Walmart and the likes.

The Tier-1 licenses will be directed to entrepreneurs who will create jobs locally and will not be required a lot of testing. This is more of a peer-to-peer system where small markets can pop up, people can buy and sell their weed (and products), which will directly benefit their communities.

The Tier-2 Corporate License will require heavier testing and will most probably be focused on products mainly. While there will be a handful of “flower companies” in this tier, I would imagine that most of them would be selling pre-packaged goods such as drinks, edibles, and other products.

These Tier -2 licenses will also have the ability to sell across state lines, meaning they will be able to play on the national market.

With this solution, having the public compete with the cartels will drive the price per gram down meaning that the risk of running an illegal grow operation becomes more problematic and unsustainable. As a result, most cartels will do what bootleggers did in the 1920s when they repealed alcohol prohibition – go legit!

It would make much more sense to invest into corporate companies that can sell in major retailers and has a national reach than trying to compete with the much more cost effective local market.

This approach solves pretty much all of the major issues with legalization;

In fact, I believe this to be the best model for the entire nation. Can you imagine each state has a local marketplace – where the weed grown in Colorado and California are different because of the soil, altitude, grow techniques, etc.

Yet also be able to get “corporate weed” that remains pretty uniform irrespective of where you are. This is the solution that can work if only implemented.

But people like Bonta would never think of something like this because they are trained to utilize a sledge hammer to drive in a nail. They don’t want the drug war to end because it would essentially take their EPIC program, and reduce it to nothing.

Then how else would they get all that public money to pay people to run around in the forest burning plants because the cartels are growing it illegally?

It’s time to fight back!

Don’t let places like California reinvent the drug war. The Drug War is a failure. It always has been. It has never achieved a single goal it set out to achieve. It won’t do it now either.

The only way is if we get beyond the idea of “drugs are bad” and begin to embrace the fact that humanity will use drugs whether it’s legal or not. We should not use law enforcement for drugs – we need education. We need programs that teach people the right way to use drugs.

ILLEGAL GROWS IN CALI, READ ON… 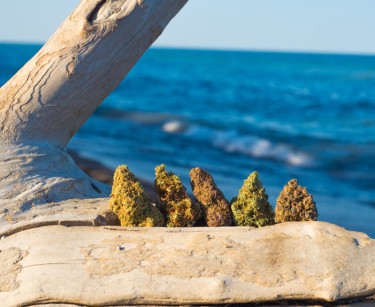 HOW MANY ILLEGAL CANNABIS GROWS ARE THERE IN CALIFORNIA?