Are You Smoking White Label Weed? What Is It and Why Is California Cracking Down on White Label Marijuana?

The Office of Administrative Law (OAL) formally approved regulations for all commercial cannabis licensees, California’s authorities declared last week. Section 5032 is one of the Bureau of Cannabis Control’s (BCC) most contentious regulations. The section essentially appears to forbid any intellectual property (IP) licensing deals between licensees and non-licensees, making California the only legalised marijuana state in the US to enact such a regulation.

This new regulation is seen by some as signalling the ending of white labelling in the marijuana industry.

WHAT IS WHITE LABELING?

Rebranding an item—new or old—under the name of another party is known as “white labelling.” Typically, a manufacturer and a brand will enter into an IP licensing deal to do this. White labelling in the cannabis industry permitted a licensed operator to cultivate, package, and sell cannabis goods favouring an unlicensed organisation, such as a famous brand or a foreign business.

White labelling is a common strategy used in many sectors, not just cannabis, to help smaller firms enter cutthroat markets. Many licensed business owners lack the knowledge or resources necessary to create novel brand identities or technologies. By enhancing and increasing their product and brand offerings to customers, white labelling can give these licensed operators a way to stay competitive in the market.

On the other hand, many businesses and people that hold intellectual property (IP), such as formulas, techniques, procedures, and brand identities, lack the funding to secure municipal and state permissions or are headquartered in regions that forbid the use of cannabis for commercial purposes. These unlicensed businesses may be able to promote their goods through white labelling and receive royalties based on sales without really having to touch a plant.

One suggestion, in particular, could have significant ramifications for a developing market still finding statewide standards and best practices, according to California’s Bureau of Cannabis Control, which has been floating around a draft of permanent regulations for the business.

A clause that prohibits licensed cannabis enterprises from engaging in any commercial marijuana activity through a contract with any individual that is not registered under the law is nestled inside the BCC guidelines.

This rule defines a commercial cannabis activity as the following:

Cannabis products that have been packaged and labelled under a non-brand licensee’s or in accordance with their criteria.

The white labelling loophole, which has allowed numerous unlicensed, non-cannabis-specific businesses into California’s expanding cannabis market, would be eliminated by this law, to put it briefly. On the surface, the activity appears to be neither unusual nor illegal, but this anticipated BCC rule will tighten up the cannabis sector and further define who is allowed and who is not.

According to Lauren Geisser, a transactional attorney at Russ, August & Kabat in Los Angeles, white labelling has turned into a point of entry for numerous companies vying for a place in California’s market.

She explains that many companies in California operate this way: “Unlicensed businesses will collaborate in a co-packing arrangement with a licensed manufacturer.” “Since the interstate sale of cannabis is prohibited, even Canadian enterprises seeking to reach the California market may engage in a licensing agreement with a manufacturer. The manufacturer will buy the marijuana and all the other ingredients, make the edible or cannabis product, and in some cases, even package it after they have licensed their intellectual property rights and ideas for it. In order to get such products onto the market without the unregistered company ever accessing the facility, they form an agreement with a distributor.

The 152-page BCC draft guidelines are the most recent instance of the state making it more apparent how it wants the market to operate as the first season of regulated adult-use marijuana sales comes to an end. On the other hand, the developing catastrophe that the California Growers Association foresaw early this year is still in effect. Throughout the year, critics have emphasised how difficult and competitive the licensing process is. This loophole in the market was undoubtedly regarded as a chance for those on the outside.

THE PURPOSE OF THE REGULATION

Before the public comment period ended earlier this week, Harris Bricken, a law firm with offices in Los Angeles and San Francisco, filed a letter to the BCC objecting to the vague categories of potentially prohibited commercial cannabis activity.

According to the letter from the law firm, “Intellectual property licensing deals are commonly used throughout almost every industry.” By limiting the variety of brands and goods accessible, restricting licensees’ capacity to enter into intellectual property licensing agreements with non-licensees is detrimental to both licensees and customers. Additionally, it appears that this proposed rule modification’s overly broad scope may not be in the best interests of the Bureau’s objectives.

The letter makes the case that Section 5032’s implications could generally chill the production of cannabis-infused goods. An owner of a brand or a recipe should not have to be accredited in order to license its intellectual property to a licensed operator in exchange for compensation, Harris Bricken attorneys write. Just as a landlord should not be required to be licensed in order to lease its property to a licensed cannabis operator in exchange for rent.

“The state wants all professionals in the field to hold licenses. That is the aim, according to Geisser. “Creative solutions like joint projects and acquisitions and mergers are already in the works. We don’t know how businesses will respond until the rules are implemented, but preparations are obviously being made for what is expected to happen.

California is targeting white labelling now to ensure that all cannabis businesses in the state are registered/licensed with the appropriate bodies and in order to be able to detect foreign businesses that are trying to infiltrate the state’s cannabis market. 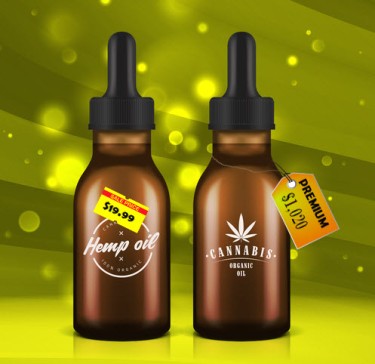 Cannabis and Novel Food Authorizations in the EU: Q&A

Cannabis and Novel Food Authorizations in the EU: Q&A