The DEA Wants More Weed and Mushrooms Grown for Research

The Drug Enforcement Administration (DEA) released a notice earlier this month, announcing their intention of proposing a much larger increase in cannabis to be grown for research by next year. The notice specifically mentions they want to boost the production of psychedelics including psilocin, mescaline, and LSD, reports Marijuana Moment.

The notice proposed the production of some 14,770 pounds of marijuana for 2023. In 2021, their proposal was to grow 2 million grams and for 2022, it was 3.2 million grams. The latest request is almost double the growth of marijuana.

In addition, the DEA also wants to increase the production of psilocybin. As there has been a psychedelic revolution around the United States in the last few years with localities and states decriminalizing psychedelics, more people than ever are curious about their healing properties. This year, the production quota for psilocybin was 8,000 grams but the DEA wants to look into manufacturing psilocyn, another important compound found in magic mushrooms, from 4,000 to 8,000 grams. Among other psychedelics that the DEA is keen to research are LSD, mescaline, and 5-MeO-DMT.

Is this really good news, or are they looking to create biased, one-sided studies that are only going to reveal negative side effects from these therapeutic substances? Let’s take a tri

Because not too long ago, just earlier this year on January 12, 2022, the DEA already wanted to criminalize psychedelics. Docket No. DEA-623, which is based on a 2012 Health and Human Services report, was proposed by the DEA. It recommends to move 5 psychedelic drugs (which are so obscure) into the Schedule 1 category. These drugs include Moxy, Alpha-O, and iprocin among others, all of which are tryptamines, which belong to the same class of drugs as LSD and magic mushrooms.

Why in 2022? Why these obscure drugs? Why now when we are trying to decriminalize cannabis federally and make more psychedelics accessible to everyone who needs it?

It’s also ironic that the DEA proposed such a rule RIGHT when there was dozens of clinical research into the therapeutic benefits of psychedelics coming in. Psychedelics have been proven to treat a myriad of psychological and physical ailments especially where pharmaceutical drugs have failed.

The docket was open to public comment until February 14, though, it isn’t surprising that many of the responses were criticizing the DEA.

“Actions such as this are completely misguided and actually contribute negatively to the so called war on drugs,” said one commenter. “If these substances are banned they will be replaced by more and more obscure and convoluted chemicals with even more questionable safety profiles. Please stop and think about the potential ramifications of a decision like this,” they continued.

It’s no wonder the DEA withdrew from their plan to outlaw these psychedelics.

What Is President Biden Going To Do About The Classification Of Marijuana?

More recently, US President Joe Biden made an announcement through a video recording that there were new executive actions intended to address the current stance of marijuana in the United States. With 37 states already legalizing cannabis for medical use and recreational use legal in 19 states as of the time of writing, it simply makes no sense for people to suffer for past federal offenses that only involve possession of the drug.

Biden said that a new executive order would pardon all previous federal possession offenses, which would greatly impact the lives of over 6,500 Americans. However, he also had a second announcement, urging governors to also issue pardons for state cannabis possession offenses. In addition, he called for a federal review of the current classification of marijuana, since it’s still a Schedule 1 substance – on the same category of LSD and heroin.

“As I said when I ran for president, no one should be in jail just for using or possessing marijuana,” he disclosed in a statement. “It’s legal in many states, and criminal records for marijuana possession have led to needless barriers to employment, housing and educational opportunities,” he continued.

According to senior government officials, Biden still wants to place restrictions to control underage sales of marijuana as well as trafficking. “The president has been clear that our marijuana laws are not working,” said an administration official to reporters. “Members of Congress have been working on this issue, but that effort is stalled. And we’re almost at the end of Congress. So, the president has been considering his options and he’s now taking executive action to address the country’s failed approach to marijuana,” they said.

Necessary Actions? Where Are The Changes?

Given all that, one can say that the DEA and the US government are simply lacking in action. They have many things to say about the failure of the war on drugs, trafficking, underage sales, Schedule 1, decriminalization, abuse, and so much more.

Yet here we are asking: where are the actions that follow?

2023 is already approaching, and marijuana is still a Schedule 1 substance. Meanwhile, the DEA is interested in making obscure psychedelics Schedule 1 substances. Sure, they want to study the drugs more, but where is that all going to go? Are they really going to make an effort to make the lives of millions of Americans easier by simplifying acess to the natural medicines they badly need, or is it all a front?

America needs action, and not words. 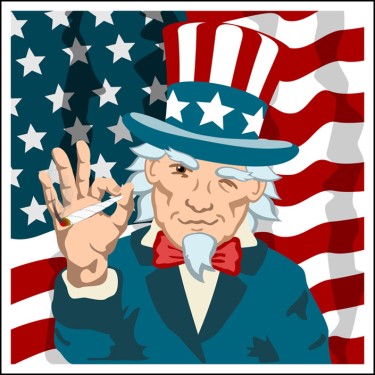