Can You Buy Weed with Food Stamps?

The number of families in the US who depend on social assistance programs like food stamps to help them get by has increased since the pandemic’s impact on the economy. For many people, these short-term benefits are a lifesaver, but many people who aren’t receiving them are worried about how food stamps are being used since the funds for this program are directly taken from taxpayers’ purses.

We’ve all seen viral videos showing parents utilizing food stamps to purchase what is typically regarded as luxuries like lobster and steak, but what about marijuana products? Some individuals have been outraged by the recent rumors that some recipients are using this kind of aid to pay for recreational cannabis.

The idea that SNAP and marijuana may hook up first appeared in a satirical piece published in 2014, and the same topic has been coming up ever since. That piece was fiction, which is still untrue today, just as it was then.

WHAT ARE FOOD STAMPS

Food stamps are a federal scheme that assists low-income people and families pay for food items. The program gets its name because participants once received a set amount of stamps which could be exchanged for cash at participating stores to buy food. Supplemental Nutrition Assistance Program (SNAP) is the name given to the current version of the food stamp program. Credits are applied to government-issued EBT cards, which SNAP participants can use just like debit cards to purchase items from food stalls.

Benefits can be used for any food for a household, including vegetables, fruits, poultry, bread, meat, dairy products, fish, dairy products, snack foods, cereals, and non-alcoholic beverages, seeds, and plants that grow food for the home to eat, according to the U.S. Department of Agriculture (USDA), which oversees SNAP.

It would seem reasonable to infer that if people are prohibited from using the benefits to purchase drugs, alcohol, or cigarettes, marijuana and related items would likewise be excluded.

The USDA distinguishes between hemp, which is allowed under federal law, and cannabis, which isn’t (although it must contain at most 0.3% THC). The government states that while hemp plants, shoots, and leaves are prohibited, food items that include hulled hemp seed, hemp seed oil, and hemp seed protein powder may be bought with SNAP benefits.”

The statement continues, Food containing marijuana-derived products, like CBD, and any other restricted substances, are not permitted to be acquired with SNAP assistance.”

The dos and don’ts for SNAP are essentially repeated on a Colorado government website, where recreational and medical marijuana use is permitted. For its part, the Department of Social & Health Services of Washington State provides an information sheet on its financial assistance and food benefits.

For financial assistance, it is unlawful to purchase cigarettes, tobacco, or alcoholic products or services from breweries or wineries unless the seller is a SNAP merchant, as well as from any establishment that forbids sales to minors, such as a cannabis store. It is unlawful to swap food benefits or food bought with anything of value, including cash, drugs, or weapons, as well as to utilize food benefits for anything besides food for qualifying household members.

CANNABIS IS STILL ILLEGAL AT THE FEDERAL LEVEL

Federal law still prohibits the use of cannabis, and SNAP is a federal program. Drug Enforcement Administration fact sheet: “It has a high likelihood of abuse, no medically approved use in treatment in the United States, and an absence of acknowledged safety for use under medical supervision.” This substance is classified as a Schedule 1 drug under the Controlled Substances Act.  The leaflet indicates that while some states in the US have legalized the use of marijuana for therapeutic purposes, the federal authority to authorize pharmaceuticals for medical use in the US rests with the US Food and Drug Administration.

Services have had to adapt if they want to continue receiving federal funds, even in states where recreational marijuana use has been approved.

When the Chicago Housing Authority (CHA) memo informed residents of federally subsidized houses that they would not be allowed to use cannabis in their homes after legalization, for instance, homeowners in Chicago were frightened two years ago.

However, in response, CHA modified its original strategy and now permits complaints involving cannabis to result in an examination of relevant information on a scenario basis.

According to the Lewiston Sun Journal, the federal government declared in 2020 that it would stop funding programs for young people with mental health issues in Maine because of the state’s legalization of medical marijuana.

USE OF DEBIT CARDS TO PURCHASE APPROVED SNAP ITEMS

Since benefits are now transferred to a government-issued debit card rather than coupons as they were in the past, SNAP-acceptable goods are decided at the point of sale. According to the government, a SNAP participant can use SNAP funds to purchase food at retailers that have received SNAP authorization through the Electronic Benefits Transfer (EBT) system.

California may have legalized cannabis, but the state also lists a number of businesses that cannot accept EBT cash benefits. It comes as no surprise that some of these establishments are casinos, adult entertainment venues, bail bondsmen, racetracks, and shops selling weapons and marijuana.

Earlier this year, a frustrated Quora commenter let loose, perhaps fed up with the continuous discussion around food assistance and marijuana.

You must pay with cash in any state where cannabis is legal or permitted for medical purposes. Credit or debit cards are not accepted,” he stated. “EBT cards would not be accepted, for sure.

The Temporary Assistance for Needy Families program, according to The Fresh Toast, also offers participants a debit card that may be used to withdraw money from ATMs. That leaves open the prospect that some clients may be utilizing cash to purchase marijuana.

START GROWING YOUR OWN MEDICINE, READ ON… 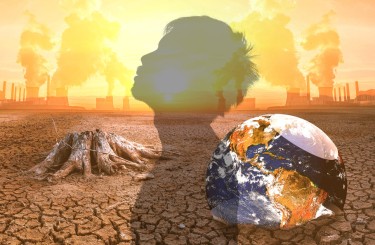 WHY 2023 IS THE YEAR TO GROW YOUR OWN MEDICINE, READ THIS!