Pricing of cannabis products has always been somewhat of a grey area for the cannabis industry over the most recent legalization roll out. Different factors influence the price of cannabis products, and we see different trends across the various states with legal markets. This has resorted in a record drop in the average price of cannabis per ounce to $220 in October in legal markets across America. This dip has occurred despite the fact that 2022 has seen a 11.6% increase in the sales of adult-use cannabis from last year.

Adult-use cannabis sales commenced in Massachusetts in November 2016 to complement the existing structure of medical marijuana in the state. Upon the commencement of this arm of the cannabis industry in the region, sales and prices skyrocketed. The price of cannabis flowers was at an all-time high in October 2021 when the rate was $3,625 per pound. Illinois is the only state known to record such high prices as Massachusetts during this period as products there were almost $4,150 per pound.

The gross sales of cannabis retailers from when adult-use cannabis sales began in Massachusetts till now stand at over $3.73 billion. This sum is shared across different varieties of cannabis products that are actively being sold within the state. Cannabis buds make up the larger percentage of the overall market (43%) while other products such as vape products (17.6%), edibles (14.6%), raw pre-rolls (12.4%) and concentrates (9%) make up the remainder of the market.

For those in the cannabis industry, the trend of the downward price of cannabis has been a very significant and dramatic drop that many did not foresee. For the sake of clarity, it must be stated that the fall in wholesale and retail cannabis prices has been a nationwide phenomenon. The cannabis industry recorded its lowest cannabis price level in three years between Q2 and Q3 of 2022. Though an increase in prices was seen in April in commiseration with the 4/20 celebration, prices have gone down since then. Nonetheless, sales have still been in the high ranges which means that other factors have been affecting the price of the products in relation to available demand.

The drop in cannabis sales across different states has been due to general and peculiar issues. The cannabis industry in Massachusetts has its peculiarities which factored in the sudden 42% drop in cannabis prices and these reasons are not far-fetched.

First on the list of factors that gravely affected the price of cannabis products in the state is the increase in the number of cultivators in the state. Massachusetts stood put as one of the states with expensive wholesale and retail cannabis prices when it started adult-use retail. The high prices were largely due to the fact that the state had a limited number of licensed cultivators to meet the available demand. With the absence of proper systems and channels to move cannabis across states lines, cannabis users had to procure at high rates.

The development of the cannabis industry however has seen the influx of an increased number of cultivators within the state. When these cultivators commenced large-scale production, the supply was starting to complement the demand and resorted to lowering prices being observed. This market drift is similar to that of Illinois where the expansion of the canopy by existing cultivators prompted an increase in production and supply. This supply catered for the demand and curbed scarcity which was the major factor boosting the prices of the products.

Another factor that gravely affected the prices of cannabis flowers in Massachusetts is the actions of neighbouring states. Vermont, Rhode Island, New York and Connecticut have or are about to implement changes in their operational cannabis markets which has had indirect effects on Massachusetts’ market. Many Vermont retailers expanded their market structure on Oct. 1 while Rhode Island is expected to follow suit by Dec. 1, 2022. These moves along with the expected commencement of sales of adult-use cannabis in New York and Connecticut have had a massive impact on the cannabis process in Massachusetts.

The available competition has spurred the maturity of the cannabis market to where it is now. The presence of competitors has seen the average flower price in Massachusetts plummet from $381 per ounce in October 2021 to $220 per ounce in October 2022. According to the Cannabis Control Commission of the state, the flowering process also dipped by $40 per ounce between September and October. This shows the influence of the new markets is a major factor in the drop and we could still see more price dip in the coming months.

While it might be too early to give conclusive statements, it is obvious that the fall in cannabis prices in Massachusetts was not a fluke. The presence of increased suppliers within the state has reduced the scarcity of the product which was a determining factor in skyrocketing the prices in the first place. Likewise, the presence of complementary markets in neighbouring states has a direct influence on what applies to the cannabis industry in Massachusetts.

None of these factors is going away anytime soon so it is possible that this reduction in prices can be the new norm for the people of Massachusetts. While this is sure to be good news for the end consumer who now has to pay less for the same quantity of products, it is not for the producers. Like any mature market, the cannabis industry in Massachusetts will have to adapt to the new norm and see how things pan out from there. 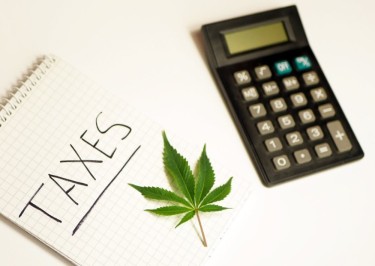