Cannabis is undeniably moving closer to full legalization in the US and many other countries. As such, cannabis use has increased substantially in recent years since it has been legalized in many states, and social acceptability is at an all-time high. Cannabis is now reported to be the second most extensively consumed substance after alcohol. However, while the effects of alcohol on the body are well understood, cannabis is a far more complex substance that can influence users differently based on the product and strain type, amount consumed, and a person’s possible tolerance.

Cannabis functions in the body very differently than alcohol, according to studies. There is, however, no reliable test for active cannabis impairment. THC concentrations in saliva, blood, and breath are not precise indicators of active impairment. Furthermore, the exact properties of eye movement and the alterations that develop because of impairment have received insufficient attention. This is why Gaize is dedicated to safe cannabis legalization by creating the first reliable, comprehensive, and scientifically defensible cannabis impairment test.

THC and its metabolite concentrations in the blood are insufficient to demonstrate impairment. To establish impairment, evidence about additional indicators of impairment is required.

The primary explanations for the discrepancy between THC blood content and impairment are that impairment happens in the brain, not the blood. As such, THC moves through the body in a complicated way due to its chemical makeup. Because blood and the brain are physically isolated tissues, blood concentrations of any substance can only predict brain concentration and impairment.

Because alcohol is highly water soluble and spends most time within the blood, estimating alcohol impairment in the brain from blood alcohol level is reasonably accurate. THC, on the other hand, is more absorbed in fat/oil than in water, making estimating brain concentration/impairment challenging.

This implies that THC only takes a short time in the blood before dispersing across the body and depositing in fatty tissues. THC concentrations in the brain and blood surge quickly after smoking begins, causing impairment. Blood concentration drops rapidly after smoking stops because no more THC gets into the blood circulation, and what’s left in the blood is distributed to adipose tissue. The THC remains in the fatty tissues for an extended period. Still, minute amounts slowly drain out and back into the bloodstream over time, resulting in a constant low blood concentration of THC.

This low level of THC in the blood is insufficient to create the high concentration required for impairment in the brain. THC levels in most blood tests are relatively low. Because THC in the blood might be from past and current usage, it is impossible to distinguish between the two or deduce impairment. THC impairment is presently best recognized by impairment symptoms.

Gaize, Inc., on the 17th of November, 2022, announced the completion of the world’s most extensive clinical research investigating cannabis impairment. Gaize’s portable, non-invasive testing apparatus was employed in the 350-person study to assess pupillary reflex and eye movement response alterations.

Gaize is based on the established science of Drug Recognition Expert eye tests and measures eye micro-movements. The tests are carried out in an automated manner, which eliminates errors and paves the road for successful prosecutions. According to the Co-Director of the UC San Diego Center for Medicinal Cannabis Research, Thomas Marcotte, there’s a big push in the field to investigate what we can do to better diagnose behavioral function and impairment instead of relying solely on fluid measures.

The trial was carried out in collaboration with Dicentra, a Contract Research Organization (CRO) based in Toronto, Canada. It featured measurements of subjects before and after they ingested legally available cannabis. According to the Regulatory Affairs Specialist at Dicentra, Radivoje Janjic, Dentra’s contribution to the trial was twofold.

“First, to enable safe data collection utilizing the Gaize gadget before and after cannabis ingestion, and second, to guarantee the participants’ safety while impaired and employing the device.” The Gaize gadget is a customized virtual reality (VR) headgear with eye-tracking sensors incorporated. It runs a battery of computerized ocular movement and pupillary response tests while recording high-resolution eye-tracking data and video. To assess active impairment from cannabis usage, this data can be analyzed using machine learning and statistical methods.

Gaize Chief Technology Officer Rob Lass characterized the study’s findings as “excellent.” “We put our goods through rigorous testing.” “We were able to collect crucial insights into how cannabis impairment shows in eye movement based on the data we gathered, and execute algorithmic modification in readiness for the commercial launch,” Lass added. Gaize expects the device to be available in late 2022.

Because THC from cannabis usage can remain in the body for weeks after the last use, assessing THC concentrations in the body does not predict the user’s impairment. Numerous scientific investigations have established that blood, saliva, and breath tests are only helpful in determining prior consumption. Gaize is leading the way in delivering a solution to a significant safety issue, as no product can accurately identify cannabis impairment in real time.

“We want to applaud Gaize on the successful outcome of this clinical trial,” says dicentra Partner Peter Wojewnik. “The Gaize device suggests a novel way for identifying active impairment caused by cannabis intake.” The potential impact of this gadget on safety in the workplace and on the road is tremendously exciting for me and everyone at dicentra! We are delighted that we were a part of the trial and cannot wait to watch the excellent disruption this item brings to the world. “

Gaize is already accepting reservations from enforcement agencies and businesses, with the staff concerned about their safety. The test takes approximately 6 minutes to handle and does not require any additional training to use. Video footage also supports all tests, which is a critical element for law enforcement. Gaize is laying the foundation for safer roads and workplaces by addressing the lack of a technology that can detect active cannabis impairment.

Gaize was designed with a single purpose in mind. They picture a world in which the inevitable cannabis legalization has been confronted with technology ensuring roadways and workplaces’ safety. They are confident that their computerized ocular motor testing method is ideally suited to the issues that cannabis impairment brings. 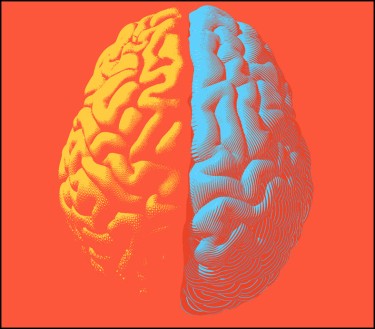