It’s been a while since I’ve put on my “thinking gloves” and had a few rounds with some random internet “opinion”. You see, I don’t mind it if people tear into my arguments. I’ve had some hate in the past due to the things I write, but for the most part I staple together a pretty coherent thought.

At least I have some highly entertaining lines that people seem to enjoy.

Therefore, I believe that if anyone feels like “ripping me a new one” on anything I have written in the past – more power to them! I think opinions or ideas are supposed to be discussed, disintegrated, challenged, and strengthened in the art of mental combat.

This is why I dedicate some of my writing energy to writing responses to assumptions, accusations, and outright lies by people who wish to enforce a state of prohibition.

To be fair, I don’t care if you smoke or don’t – my main principle is that you are an autonomous being that should have autonomous decision making about what you can and cannot consume. No state should have the power to tell you, “Don’t eat that!” or “Don’t drink that!”

If I truly am free, I should be able to drink a bottle of rattlesnake poison if I choose to do so…however, for a long time in places like the US “suicide was a crime”. This is no longer the case federally, but many places still list “attempted suicide” as a criminal offense within their statutes.

A crime against who?

This is the big question…who owns the individual?

Well – that depends on who you ask and that is the perfect opening to introduce our “virtual contender” for today’s bout. 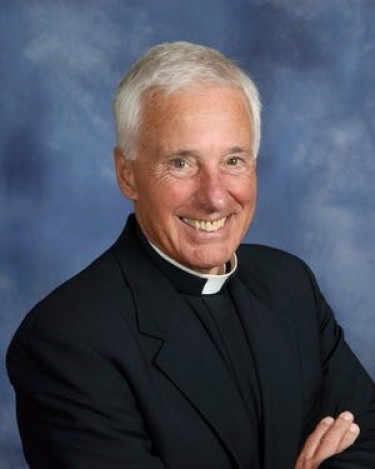 Stoners and Stonettes – I present to you – “The Dogma Father” who argues that the state enforce God’s law (but not directly) and thinks that cannabis legalization is “bad mmm-kay”.

I don’t really know this dude’s real name – and in all likeliness he’s probably not a bad guy if you get to know him in real life.

However, the opinion that is dwelling inside his grey head is a treacherous beast that needs to be slayed. It’s rooted in a “satanic principle” which I’ll explain later on, and that goes in direct contrast to his true beliefs. In fact, I wrote about that at length here. Today however, I’ll apply the same ideals in contrast to his dogmatic and highly religious beliefs.

So let’s get ready!

ROUND 1: Marijuana is a Dangerous Drug!

Despite such broad acceptance, marijuana remains a dangerous drug that undermines both good civic order and public health. It decreases the ability to control emotions, leading to improper and anti-social behavior. It’s a recognized cause of crime and violence, as well as auto accidents and other mishaps.

It’s also profoundly self-destructive. Marijuana users commit suicide at three times the rate of the general population. And marijuana is commonly acknowledged as a “gateway drug,” leading to the use of other, more potent and addictive substances. Research suggests it even increases alcohol consumption.
SOURCE: NewsPress

HOLY SHIT DID WE TRAVEL IN TIME? All we’re missing now is “it makes darkies think they’re as good as white people” as was attributed to Harry J. Anslinger.

There is absolutely no evidence to support any of the claims being spouted by Dogma Father. In fact, every place that has legalized has seen a general decrease in crime as suggested by THIS STUDY. Secondly, there is no evidence that it “decreases the ability to control emotions”.

I’ve been smoking cannabis for twenty-years and despite certain moments of my life when under extreme pressure – I’m as Zen as they get. Now some might argue that it’s “anecdotal evidence” which is true, however, his statement is a blanket statement that assumes that “everyone can’t control their emotions under the influence of cannabis” and the mere existence of myself destroys that claim.

While I haven’t seen the alleged study claiming that cannabis increases the likeliness of suicide…which I doubt highly…we can play the devil’s advocate with this one.

Let’s say that it’s true that people who commit suicide also smoke cannabis. However, could the cannabis not merely be a coping mechanism for the crippling depression they are carrying? Could it not be them trying to numb the pain and cannabis is an available substance?

Perhaps it’s not that cannabis leads to more suicide…perhaps it’s suicidal people who use cannabis to escape their thoughts. I know a few people who had suicidal tendencies and have helped them cope with these thoughts – it’s never the substance causing the thoughts…it’s usually some internal underlying trauma hidden from the conscious mind.

If anything, you can use cannabis to heal these broken parts – but once more, anecdotal!

A proposal to legalize pot shops is expected to come before the Collier County Board of Commissioners early next year. This is unfortunate, because even the public debate of legal sales will draw added attention to the drug, making it a common topic of conversation. This will reinforce the false impression that open availability is a legitimate public policy option.

If the measure should pass, the aggressive advertising that will inevitably follow can only amplify the message that marijuana is just fine.

It is not fine.

God forbid anyone actually talk about the problems or issues in their lives. It’s far more polite to burry your problems deep in your unconscious, put on a fake smile and pretend everything is honky-dory.

What’s unfortunate is not that people will make cannabis a common topic of conversation, but rather that the blatant refusal of acknowledgement that “some people smoke cannabis”. The “leper strategy” – in where you ostracize or downplay a group of people who contradict your narrative doesn’t work.

You called us stoners and we took your word and made it ours, built a culture around it, and influenced the masses.

The false impression is that prohibition works. But all prohibition does is criminalizes your ability to choose what you can and cannot consume, gives unchecked powers to the government, and basically enslaves the world.

Legalization is an extremely unwise policy. We must insist that our county commissioners approach this proposal with the utmost caution.

They have only to look at the consequences of unrestricted marijuana sales in cities like San Francisco, Denver, and others that have gone the legalization route. Increased crime, increased traffic hazard, increased illness, increased homelessness and panhandling — these and other deteriorated civic conditions are all too evident.

Marijuana is both a threat and a hazard. We don’t want the quality of life in Collier County going to pot.

All of these “consequences” aren’t backed. They are merely perceptions from an indoctrinated religious scholar who believes that “the way things were” is the right way. Sorry to say, but no – all of that was based on lies, power grabs, and actually made drugs more dangerous.

Your entire philosophy is actually kind of satanic if you think about it.

REGINALD COMES WITH A QUICK ONE TWO

The other day I was thinking about the Garden of Eden (and the type of weed they might have had)….jk

I was thinking about the concept of creation and under the Christian myth, God is the creator of all. This includes cannabis. God made it for human consumption – He said so in the bible.

All of the warnings about lewd behavior in the bible almost always relates to drunkenness. The times that the Bible does mention weed, it’s as an ingredient in the Holy Anointing oils.

I also specially remember parts of the Bible talking about “adding words to God’s word” and how that’s a big “no” within the whole God Almighty ethos.

But let’s say that you want to apply the reasoning of the “drunkenness” to cannabis, seeing that it “gets you high”. Of course, cannabis doesn’t get you “high” in the same way that alcohol gets you “drunk”. The effects are completely different.

Nonetheless, for the sake of argument – if God “warned” you about weed – he didn’t enforce his warning. Let me put it this way, you have “Free Will” under the ethos of God, meaning you have the freedom to sin.

However, for some reason, Father Dogma believes that God’s got it wrong again. You can’t just “allow people to be”, you must “enforce your law”.

Except, God doesn’t enforce his laws. If you get shit faced drunk or fuck your neighbor’s wife – you won’t drop dead because you broke God’s law.

Perhaps you “risk” the chance of eternal damnation in the fiery pits of hell, but while you’re living you’re allowed to sin as much as your wretched heart desires.

My question is; “If God doesn’t enforce his celestial laws on humans…if Christ didn’t intervene in earthly affairs – why is the Dogma Father sucking so hard on gubernatorial cock?”

I think the answer lies in the function of “organized religion” within the fabric of society. It’s not a coincidence that the Dogma Father spewed out similar points as Anslinger…they are cut from the same cloth.

There’s a song that has a line in it that says,

“The government wants to own your skin, religion your soul within, but all they seek is gold to put you under their control…”
SOURCE: (SONG)

And this is exactly correct. The truth of the matter is that these commands do not come from a “loving god” but rather the authoritarian hooks of Satan (according to their mythos).

Think about it, God says, “Live by these rules and life is awesome” but then doesn’t enforce the rules, they are more like guidelines.

However, within the Bible, Satan is painted as someone who wants to “bind and deceive you”, to “control your will”.

Then how is enforcing prohibition a thing of “God”? Sounds more like the devil’s work to me…

DOGMA FATHER GOES DOWN FOR THE COUNT…IT’S OVER!!!

THE BIBLE ON WEED, READ ON… 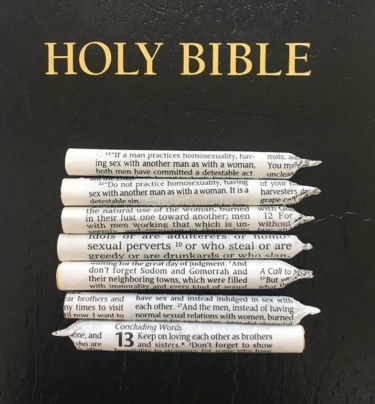 WHAT DOES THE HOLY BIBLE SAY ABOUT MARIJUANA, READ THIS!