We’re reaching the end of 2022 and as with all that has happened in the world it got me thinking. One of the major issues that we as people have is that we’re incapable of tracking time from an experiential level.

In other words, we’re capable of knowing “what happened last year”, but we don’t ever experience the past – we only revisit it via memory. Memory is fallible. In fact, every time you recall something, you’re warping it in one way or another.

This is why many personal development people will tell you that journaling is a great way to “track time”. When you’re writing something on paper, no matter how much you try – you can’t distort the words on paper.

Another thing worth considering is that unless you have a system that can help you track “what happened” specifically during any given period of time – you’re bound to make similar mistakes.

Which gets us to this new tradition I’ll be starting and hopefully can inspire others to do this as well. I already do this for my birthdays, but I think at the end of the year works well. This is called the Kushmas reflection – a short essay you write yourself (or perhaps even voice notes or a video), where you talk about the major “happenings” in your life, your perception of the outside world at the time of writing/recording, and what you expect to happen next in your life.

These elements give you a “snapshot” of “you” at a particular moment of time. When you were at school, you probably at one point did a “time capsule”. This is a similar idea in nature, except you’ll check out your progress every year.

This activity gives you several advantages.

Firstly, getting your ideas on paper is a great way of clearing your mind. It’s almost a kind of meditation. When you practice this regularly, you begin to organize your thoughts and know which ones are “yours” and which ones aren’t.

In relation to historical context – I think this is one of the more important aspects of the exercise. How will the 2019 pandemic be reported in 10 years? How much of the information you experienced throughout the pandemic felt “reliable” or that you could trust?

For many, these answers will vary.

In my personal case, I was appalled to learn how interconnected “the science” was with political discourse. For 2 years during the pandemic, “questioning” anything was akin to heresy. Yet, the mainstream narrative would report that “there were people spreading misinformation” or something similar.

By you having a personal account of history, that you’re compiling once or twice a year – you begin to create a different narrative. History according to you.

While it certainly isn’t “accurate” in the whole sense of the world, it does provide the historical context on how “you” perceived any particular event. Can you imagine in thirty years, having a stack of papers with a brief on the major events that happened throughout the year? How would that story differ from the mainstream? What advantages could you or your children have from such knowledge?

These are questions my stoned mind ponders about relentlessly!

So now that you have the basic gist of it all, let write out a “Kushmass Reflection” below as an example on how I do it. You can obviously take your own approach, I’m just here laying down the basics.

A Kushmas Reflection by Reginald Reefer (2022)

If you’re reading this, at least a year have gone by and a lot has changed in your life. I’m wondering where you are today, what you are doing and if you managed to overcome the various problems in your life you are currently facing.

This year has been pretty intense if I don’t say so myself. I think I’ve gone through some of the most difficult things I have ever gone through and it’s still not over.

Nonetheless, I believe that if I can keep my head held high, and focus on the next step – I will make it. If I did, let me know in the next reflection. I think our “future self” would appreciate the continuity.

Anyhow, let’s do some reflections!

REFLECTIONS ABOUT THE SELF

This year, 2022, was a year where you had to learn new dynamics. You became a father in 2021, but in 2022 was all about trying to balance your life. Right now, it’s pure chaos. But even in the chaos, there seems to be a finely etched path in the rubble to follow. You can’t see the whole road, but you certainly are moving.

Whether or not those around you can endure is still up for the question.

You’ve gone through a lot, learned a lot, and have solidified the vision you have for yourself. However, there’s also a lot of things you fucked up on!

You didn’t manage to get more disciplined about money, although you did manage to identify this issue. Now, you’re working on saving, spreading and budgeting your money even though it has become a lot more difficult. The difficulty is due to a massive increase in cost of living due to the shitfuckery of the political class – but we’ll get into that later.

I’m not going to keep on writing here because I’m just trying to show you how to do this. When it comes to the Links – I’d try to get links from different sources. For example one from FOX the other one from CNN, would give you different flavors of opinion which would give you a more accurate assessment on what is happening. In fact, always try to get a nuanced view in terms of links. One on one extreme, another on the other – and then something in the middle.

This will give you the opportunity to decide for yourself what you feel is true and what isn’t! Furthermore, if there are facts that coincide with the different sources – you can pretty much declare them as true.

IN RELATION TO THOSE AROUND YOU;

In this section, you’ll write about the people around you. This is how you feel about them, about the things they did to you, what you did to them etc. This is about identifying any issues in your relationships and perhaps allowing you to see some of the blind spots.

I’m not going to show you an actual example from my life because this shit is private and you don’t need to know. However, as I mentioned – let this be as honest as you can muster. You don’t need to lie to yourself or sugar coat stuff.

IN RELATION TO MY HEALTH;

Another thing you can talk about is your overall health, the major problems you endured, the major changes you made, etc.

Other things you could add;

What I outlined here above is just a template. You should try to be as detailed as possible. You should write as if you’re recording the history of the world because who knows, maybe future generations stumble on your works and could help them provide some insight in the world and how it was during the age you lived in.

I’m going to do this for myself every year from now on, and teach my kids – I believe being able to see how things unfold over time gives you great advantages in life. Make Kushmas Reflections or Birthday Reflections a part of your life and you won’t regret it! 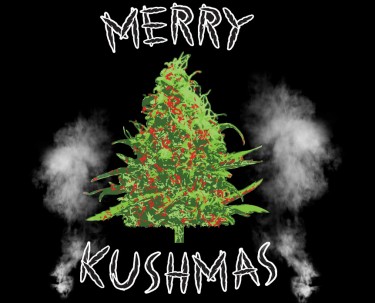 THE CORRECT WAY TO HANDLE KUSHMAS TIME FOR STONERS!