Some new sets of rules have recently been approved by the Colorado Marijuana Enforcement Division (MED) for the cannabis industry in the state. The new sets of rules became effective on December 1 but some will not see full implementation until 2023 and 2024. Two of the new rules have certainly caught the eyes of most in the cannabis industry since they were approved. The first is the rule that grants the ability for medical cannabis to be redesignated for adult use which is set to commence in 2023. The other is the rule that requires use-by dates and storage conditions for cannabis products which are set to be implemented by 2024.

These new sets of rules are mostly byproducts of enacted legislation in the state. The adoption follows the strenuous string of engagements the division has had with different stakeholders. The division operates off the state’s Department of Revenue and has been tasked with such responsibilities over time. The MED has always been faced with different important topics around the cannabis industry in the state and this year was no different. The rulemaking process of the division is dependent on established laws within the state but the division still engages stakeholders before rolling out its rules.

Dominique Mendiola, a Senior Director at MED in a news release spoke about the importance of the collaboration between MED and stakeholders in the industry. He states that this collaboration is what makes the rulemaking process effective for the good of the industry. According to him, the engagements give the division a chance to receive significant contributions from its team and members of the public. Mendiola says that these engagements are pivotal for the division’s moves in updating existing rules and processes and as such the division doesn’t take it for granted.

The new rule that has got everyone talking among the new sets of rules by the MED is the redesignation rule. The rule is set to take effect on Jan. 1, 2023, and it will allow medical cannabis facilities to transfer medical cannabis to adult-use cannabis cultivation facilities. The facility can also transfer cannabis to an accelerator cultivator so that the product’s designation can be changed to its intended use. The rule is a product of Senate Bill 22-178 which explains that an adult-use cultivation facility is important for payment of excise tax on transferred cannabis.

The rule is also linked to the legislation of 2021 which stated that a licensee can change the designation of adult-use cannabis to medical cannabis. This conversion is only applicable under special circumstances as stated by the legislation and cannabis companies will start benefiting come January 2023.

The state of Colorado following the rule by the MED will also allow all cannabis products in the state to be labelled based on storage conditions and use-by dates. This will take effect in January 2024 and must be fulfilled before any cannabis can be sold to a patient or adult aged 21 and above. The new rules mean that additional responsibilities will be placed on the licensees. They will be required to determine the shelf stability of their products in order to establish correct use-by dates. In a situation where a licensee chooses not to carry out testing, a standard 9-month use-by date will apply.

The MED explained in a release the standard procedure to follow with respect to use-by-date products. In instances where the use-by date has expired and the regulated marijuana store wishes to sell the products to the consumer, they are permitted. This applies provided the licensee informs the consumer or patient about the use-by date expiration on the product. The new rule will be applied to products intended for inhalation such as flowers and prerolls. Use-by-date labelling is already standard for edibles and other consumable cannabis products.

There were other significant rule changes based on different House bills that are set to take effect by Dec 1 2022. One such is the requirement for marijuana-responsible vendor designations to live with both the individual and business seeking to maintain the designation. The designation changes with an employee if the employee moves on to another business. House Bill 22-1135 has also prompted allowance for marijuana transport licensees to transfer the license to new or additional owners. An extension has also been added to the time for finding suitable social equity programs for licensees from one year to two years.

There were also amendments to existing rules for increasing worker safety under certain manufacturing processes. This includes the use of gloves, goggles, and respirators for some workers. There is also a requirement for an increase in internal security controls which will help to curb the increase in attempted burglaries at licensed cannabis businesses. Licensees will be required to provide improved security controls and will be assisted with a security plan to prepare and mitigate burglaries.

There are certainly interesting days ahead for the cannabis industry in the state of Colorado. The new sets of rules have been arranged in such a way that they will assist both the licensee and the customer to get the best out of the system. For the rules set to take effect in 2023, only time will tell how effective they will be in the grand scheme of things. 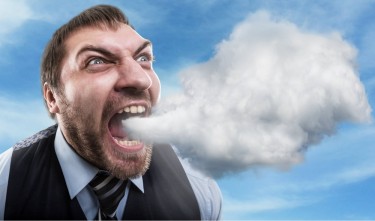 HOW CAN YOU TELL IF YOUR WEED IS OLD OR GONE BAD?

What is HHC vs THC?