Using medical marijuana while pregnant while under a doctor’s supervision is not regarded as neglecting a kid, according to the Arizona Court of Appeals.

The Arizona Court of Appeals decided last week that pregnant women who make use of medical cannabis under a doctor’s supervision are not ignoring their unborn baby and cannot be added to a list that could restrict their employment. As a result of the judgment, Lindsay Ridgell, a former employee of the Department of Child Safety (DCS), is no longer included in the Central Registry of the organization.

The DCS Central Registry is a listing of individuals who have been found to have mistreated or neglected their children. If someone on this list applies for a job that affects children or other vulnerable groups, it should raise a red flag.

Writing on behalf of the court, ruling Judge Randall Howe came to the conclusion that Ridgell’s usage of cannabis to treat nausea while pregnant was equivalent to taking any other medicine under a doctor’s prescription since she had a medical marijuana card that had been prescribed by a physician.

Ridgell’s use of marijuana was covered by the AMMA (Arizona Medical Marijuana Act), and this protection includes exposing her unborn child to marijuana throughout pregnancy. According to  —Howe in the judgment.

Lindsay Ridgell will no longer be included on the Confidential Registry, which has restricted her career chances since she was added to it in 2019. This is according to the decision from the Arizona Supreme Court last week. Additionally, it might have broader effects because the use of medicinal cannabis becomes less likely to be viewed by the law as a kind of child neglect.

Both medical and adult usage of cannabis is permitted in Arizona.

The case dates back to 2019, the year that Ridgell gave birth. DCS had to be notified by the hospital when the child tested positive for marijuana. If a kid is born having been exposed to drugs, it is considered neglectful under state law, unless the exposure took place while the mother had been receiving medical care.

Although Ridgell possessed a medical marijuana card, DCS investigators discovered that she kept her marijuana use a secret from other doctors who were participating in her maternity care, despite the fact that she had a card for medical marijuana. Even though they didn’t take her child away from her, they did make the effort to register her with the Central Registry. Job prospects may be harmed by a registration entry, which is valid for 25 years.

A state administrative court judge sided with Ridgell when she filed an appeal of the DCS decision. As permitted by law, Director Faust overturned that choice, finding Ridgell to have been negligent since she had neglected to communicate with her other physicians. Again, registration was suggested to her.

In response, Ridgell went to the state court of appeals. She claimed that because she obtained her medical cannabis card with a doctor’s approval, exposure to marijuana was a necessary part of medical therapy.

Her usage of marijuana is similar to taking every other medication on a doctor’s prescription, the court agreed, noting in its decision.

The DCS director faulted in listing the lady on the roster “for prenatally subjecting her baby to marijuana,” according to Judge Howe. A mother may be listed on the Central Registry if her newborn baby has been exposed to specific medications, including marijuana, he said, “but only if that exposure did not arise from medical treatment delivered by a health expert.”

Judge Howe writes that the evidence demonstrates she was licensed under the Arizona Medical Marijuana Act (AMMA) “to use marijuana medically to treat chronic nausea” and that her certifying doctor was aware of her pregnancy, despite the fact that the DCS and the woman do not agree that she notified her physician of medicinal marijuana use while she was pregnant.

The verdict was reached after an administrative law judge considered the lady believable and concluded that she had told doctors she used medical marijuana.

At the time, the woman using cannabis while pregnant contended that being listed on the registry was a punishment because “AMMA included an innate immune provision that protects users from being “liable to imprisonment, litigation or punishment in any manner, or refusal of any right or privilege” if their possession and use complied with AMMA.”

The agency’s head disagreed with the administrative judge’s order for DCS to change its decision to add the lady to the list. The director discovered that the mother’s marijuana use was not under a doctor’s supervision and that her lack of communication with her medical providers posed “an undue risk” to the health and safety of her kid.

Whether any of the woman’s other doctors were aware that she was using medical marijuana for her persistent nausea — and any dispute about that fact — is irrelevant, in contrast to the director’s findings otherwise, Judge Howe writes in the most recent decision. He continues, “We overturn both the director’s decision and the higher court’s affirmation of that decision.

Judge Howe observes that “the amount of that protection may be imprudent” despite the fact that the appeals court found in the woman’s favor and agreed that marijuana usage was protected by AMMA. He mentions the U.S. government’s present position, which does not acknowledge the therapeutic benefits of marijuana.

Judge Howe stated that marijuana’s legitimate position in society has long been contested, and the wisdom of law is not something for this court to decide.

PREGNANCY AND WEED, READ ON.. 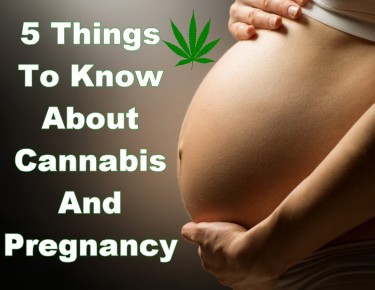 CANNABIS AND PREGNANCY – 5 THINGS YOU SHOULD KNOW!