Returned cannabis products can be a challenge for businesses due to the complex regulations, perishable nature of the products, and safety concerns. Managing returns requires understanding regulations, strong customer service, and effective logistics and inventory management.

Canopy Growth Corp. ran into a $26.9 million problem not long after cannabis products began flying off stores after legalization.

During a conference call with investors and analysts in November to debate its financial results, the Smiths Falls, Ontario-based company stated that it was coping with the return of $20.5 million in product from regional retailers and was preparing for the arrival of an additional $6.4 million in products.

The company had already written off $8 million in unsold oil and gel caps from the previous quarter.

The incidents offer a glimpse into the relatively unpronounced world of marijuana returns, where goods are returned to manufacturers due to a variety of reasons, including a lack of sales, customer complaints, and quality issues. It is difficult to determine how frequent returns are since businesses and regional marijuana distributors track them differently and occasionally withhold data, but analysts think returns are more frequently a source of contention between merchants and wholesalers than customer complaints.

The capsule returns that the company experienced, according to vice president of communications Jordan Sinclair, were caused by the goods “not catching on in the recreational market as rapidly as they had hoped in part owing to slower store distribution.”

They see these as natural friction when customers and retailers offer their input, he said.  And added that, since this is a new industry, they are still getting to know customer tastes and how they vary from region to province.

As a second wave of marijuana-infused items, including candies, cookies, soft chews, vapes, mint, and tea, enter the market, some experts believe there will be an increase in returns like that of Canopy.

Robyn Rabinovitch, a former employee of TerrAscend and CannTrust Holdings Inc. and business planning consultant for marijuana clients at Hill+Knowlton Strategies, stated that “they are experiencing the first set of returns.”

He stated that they believe there is a possibility that some of the 1.0 side’s slow-moving items will be returned to licensed manufacturers to clear space at the wholesale and retail level as they move toward more extensive offerings and more product categories.

Consumers are clamoring for goods that are inexpensive but have the greatest effectiveness, according to Rabinovitch. Because of their habits, items with tetrahydrocannabinol concentrations below 12%, the component of cannabis that causes a high, have occasionally been left on the shelves.

Greg Engel, the CEO of Organigram Holdings Inc., claimed he hasn’t yet observed anything that gives him the impression that unsold goods will be returned to clear out space. At this time, according to him, slow-moving products have significantly contributed to the industry’s returns.

Many regions and retailers are considering an SKU rationalization approach to evaluate their present category mix now that next-generation products have launched, he said. Typically, rather than generating returns, these operations deplete the inventory that already exists.

But this is only one aspect of the issue cannabis businesses are encountering with their returned merchandise.

There have been voluntary recalls, such as the one that RedeCan Pharm conducted in November 2018 in response to allegations that a number of their goods may have included mold.

CannTrust Holdings Inc., a corporation situated in Vaughan, Ontario, was hit hard by significant returns when millions of dollars worth of merchandise were sent back after it was revealed the business had grown some marijuana in unauthorized greenhouse rooms.

Cannabis retailers around the nation are also experiencing instances where clients receive late orders, shipments that cannot be delivered, and goods that are ruined or not what was requested. Returns can occasionally occur because customers change their minds after making a purchase.

WeedMD Inc. vice president of communications and corporate relations Marianella de la Barrera stated that she has heard there are some quality difficulties with some licensed dealers, but they don’t really receive a lot of returns.”

Returns from WeedMD are “atypical,” she claimed. Only one or two are sent to the company each month, and the majority are undeliverable product returns.

According to Bin Mathew, the firm’s quality assurance head, the top three reasons for quality-related returns at the OCS are recalls, empty containers, and dry goods.

They anticipated seeing large numbers because this is a new product and sector, Mathew said. It was a learning experience, but they’ve noticed a big drop.

All returned items must be held by licensed producers for two years for experimental purposes; after that time, they are free to destroy the product as long as no one is in danger of coming in contact with cannabis smoke during the destruction process and two witnesses are present.

According to Health Canada, an average of 11,152 kg of dried cannabis has been reported as destroyed each month since October 2018. The overall weight of marijuana destroyed each month has been trending up as the number of registered growers has grown, but the proportion of plants destroyed has stayed fairly stable at around 4% of licensed growers’ stocks.

By federal laws, businesses are permitted to dispose of the chemical through incineration, shredding, and mixing with other inorganic materials before composting or removing it using regional trash collection services.

Providers are switching from earlier times in the sector when Rabinovitch saw a unique strategy was well-liked to using composting techniques or third-party garbage companies to save up space. Buying cat litter would be your next step. It would be possible to dispose of the stuff traditionally after adding water, proving that no one could consume the items while dumpster diving.

Returned cannabis products can pose significant challenges for businesses due to complex regulations, the perishable nature of products, and safety concerns. This includes financial losses, reputational damage, and difficulty determining if a product has been tampered with.

UNSATISFIED WITH A CANNABIS PRODUCT, READ ON… 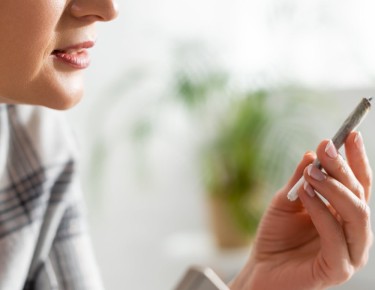 CAN YOU SUE A DISPENSARY OVER BAD CANANBIS PRODUCTS?